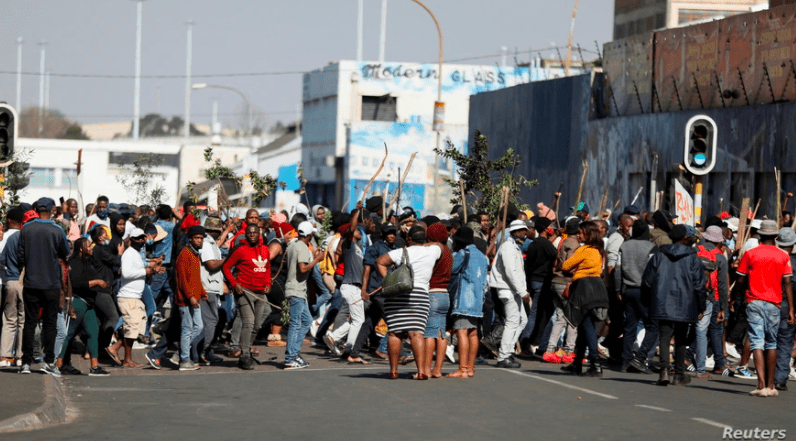 Protests against the jailing of former South African president Jacob Zuma spread from his hometown to the country’s main economic hub of Johannesburg Sunday.

Shops in Johannesburg were looted overnight and a section of the major M2 highway was closed as some protests turned violent.

Police say 62 people have been arrested in connection with riots since Zuma was imprisoned last Wednesday.

The body of a 40-year-old man has been recovered from one of the shops that was set on fire over the weekend, according to police.

“People have been intimidated and threatened, and some have even been hurt,” Ramaphosa said.

Zuma is serving a 15-month sentence for contempt of court after he failed to testify while being investigated for corruption during his term as president from 2009-2018.

Shops in KwaZulu-Natal as well as the Gauteng region, where Johannesburg is, will remain closed Monday for security reasons, Agence France-Presse reported.

Zuma has denied allegations that widespread corruption took place under his leadership, and he refused to participate in an inquiry that began during his final weeks in office.

He has also challenged his current sentence, arguing in part that he will be at risk of catching COVID-19 while imprisoned. A court is expected to hear his challenge on Monday.

Zuma, a prominent anti-apartheid fighter, remains popular despite the allegations of corruption.