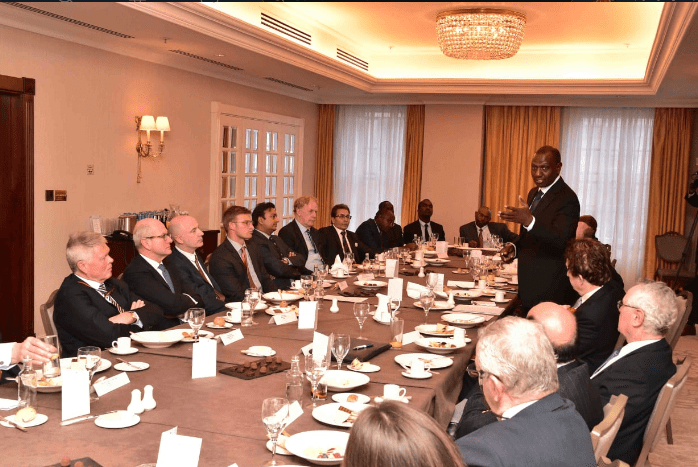 Deputy President William Ruto has proposed for the creation and recognition of the official opposition in Parliament.

He said the current formulation undermines executive accountability and saddled “our democracy with a headless, incoherent and dysfunctional opposition.”

Dr Ruto noted that it was not proper that the leader of a party garnering the second highest votes had no formal constitutional role.

“The winner ascends to a formally constituted leadership role while the runner-up becomes a virtual stranger in leadership,” he said while addressing Chatham House, London, on Friday.

However, the Deputy President said it will be up to Kenyans to decide if they want a change in the constitution.

To tame the winner-takes-all formation, and therefore allow the opposition to actively take part in the running of the country, Dr Ruto proposed an ambitious reconfiguration of the government to comprise the national executive and the official opposition.

He said the leader of the party which comes second becomes the leader of the opposition and with his or her running mate, automatically become Members of Parliament, and assume leadership of the Official Opposition.

He said the Senate should be elevated into an Upper House with Cabinet Secretaries becoming ex-officio Members of Parliament where they can attend a session every week to respond to issues raised.

The Deputy President said the move was aimed at connecting the legislature and the executive and, therefore, boost service delivery to Kenyans.

Dr Ruto, however, insisted that Cabinet Secretaries should not be picked from among the Members of Parliament.

He said despite some challenges such as overlapping and duplication of functions, gains had been made since the promulgation of the constitution in 2010.

“It has placed emphasis on delivery, implementation and taken away the prerogative powers of the executive,” he noted.

Dr Ruto told the audience that the integration of Kenya, Uganda, Tanzania, Burundi and Rwanda into a single market had ushered in a new era where investors would freely move with their goods and services in the five-member bloc with limited restrictions.

He said engagements had started to have a single continental trade body that would further intra-African trade.