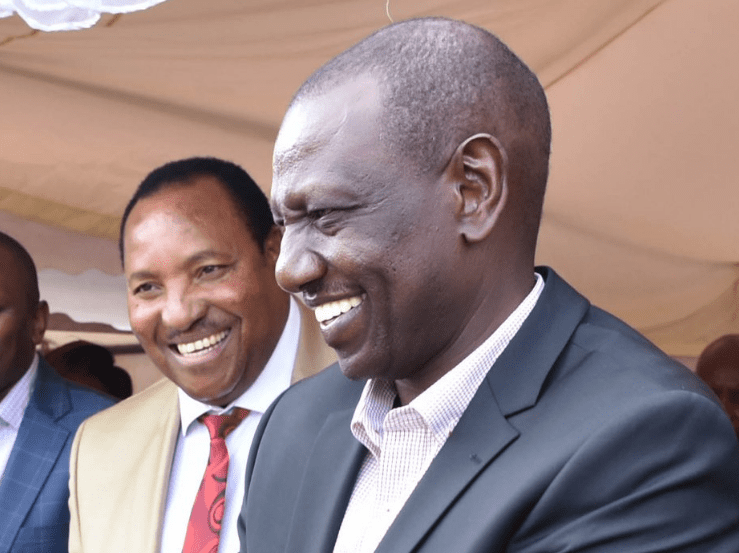 This comes after Waititu was on Thursday last week cornered by the Senate to explain how his administration allocated over Ksh.1 billion to functions perceived to be the reprieve of the national government.

However, speaking after Sunday service at All Saints Catholic Church Komothai Parish in Githunguri, DP Ruto said the self-proclaimed ‘Baba Yao’ should only be asked questions concerning Kiambu County and not those of the national government.

“Even though the President comes from Kiambu, the national budget is not done in Kiambu. So let people stop asking Waititu useless questions,” said the DP.

“He should only be asked about matters concerning Kiambu County: as for the national government, we have a lot of people including Cabinet Secretaries who will answer those questions. The issue of South Sudan, State House and retired presidents… we will answer them.”

The Kiambu county chief was thrust to the spotlight Thursday last week after he was unable to address queries raised by the Auditor General on his county’s expenditures in the 2017/2018 financial year.

However, in his defense, Waititu – who was appearing before the Senate’s Public Accounts and Investments committee – insinuated that the report might have been interfered with to embarrass him.

“I want to believe that this report was not interfered with by anybody to put in those things so that when I come here I will be cornered the way you’re cornering me,” said Waititu.

“Honestly, I want to believe the committee will be neutral and look at the issues as they are and I am apologising that we have such issues in the report but I don’t how they came to my report.”