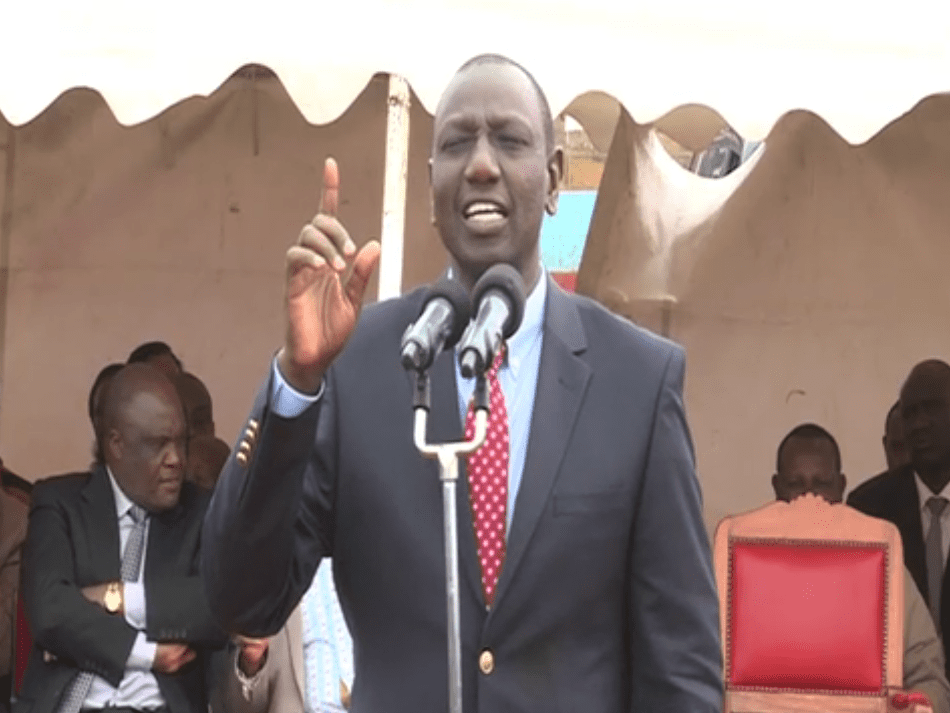 Deputy President William Ruto on Friday defended the Jubilee government’s borrowing spree that has sunk the country into a Ksh.4.8 trillion debt.

Speaking in Nyeri County when he commissioned the construction of Kiawara-Ngaringiro road, the Deputy President dispelled rumours that the rising debt is not sustainable.

The country’s second in command stressed that the money will fund infrastructure projects as President Uhuru Kenyatta seeks to realise his ‘Big Four’ action plan.

While justifying the borrowing, Mr. Ruto alluded to the infamous Anglo Leasing and Goldenberg Scandals that rocked former President Mwai Kibaki’s administration as proof why Kenyans should have faith in the current government’s fiscal discipline.

The Deputy President was speaking for the first time since the government successfully issued the Euro Bond II at the London Stock Exchange on Friday. Many Kenyans have raised concerns over the development.

Moodys further said that it it expected Kenya’s debt to increase as officials raise spending while trying to boost revenue and trying to cope with higher interest markets.

This comes amid revelations that International Monetary Fund (IMF) had put brakes on Kenya’s credit facility seven months ago due to non compliance with fiscal targets.