DP Ruto gives condition for him to support BBI report 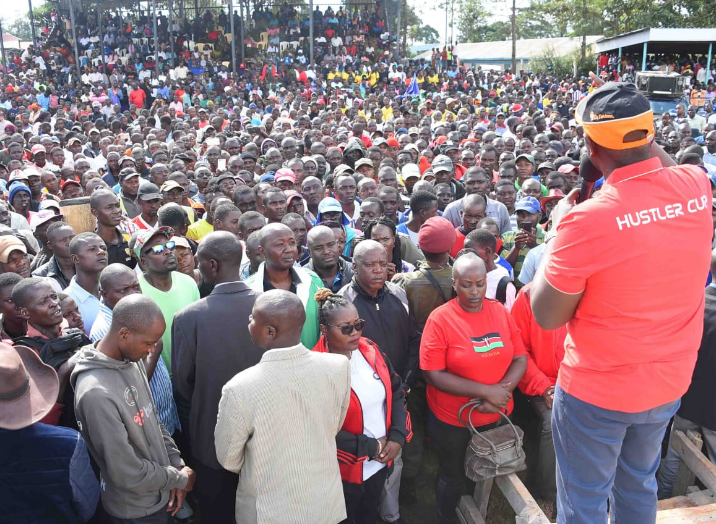 Deputy President William Ruto has now said he is in support of the Bridging Bridges Initiative (BBI) report provided it is passed by the public.

The country’s second-in-command spoke on Monday in Luanda, Vihiga County, where he attended the Mumboha Hustlers Cup.

The DP however noted that he would be opposed to a system in which the leadership of the country would be “decided in boardrooms” by a handful of people.

“Today, I’m not opposing anything, I support the contents of the BBI report provided its passed by the people and not a handful of people in a boardroom,” he said in part.

DP Ruto also said he would be okay with whatever system of governance the public passed once the report goes to a referendum.

“If they want parliamentary system, presidential system or whatever name it will be called, so long as the people decide, it is fine,” he added.

The DP has previously called for the fast-tracking of the report, saying it will allow people to concentrate on developing the country.

The BBI report, a product of the handshake between Raila Odinga and President Uhuru Kenyatta, has been vouched as the system that will solve among other pitfalls, chaos after a general election.