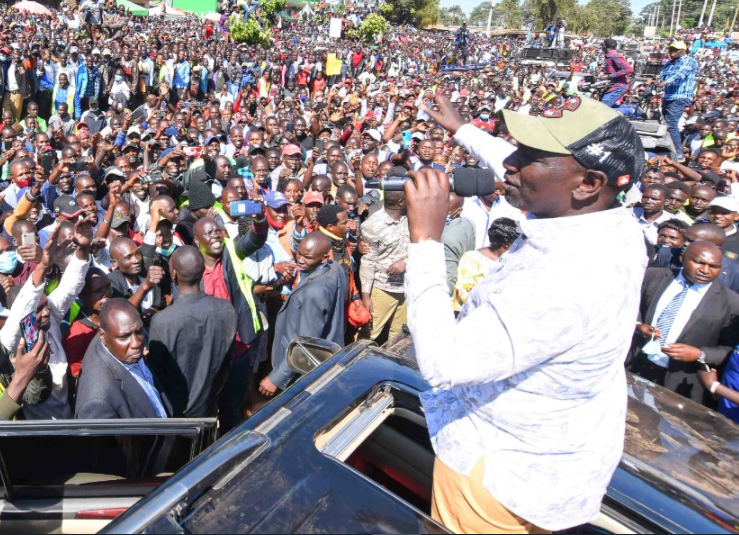 Deputy President William Ruto has given the clearest hint that he will not be leading the ‘No’ campaign in the imminent Building Bridges Initiative (BBI) driven referendum on the Constitutional Amendment Bill 2020.

Ruto, who has been seen as the defacto leader of the anti-BBI brigade, said Kenyans should be allowed to make independent choices on the fate of the document.

He accused proponents of the process of unleashing State machinery to suppress contrary opinion and dishing goodies to woo support.

The deputy president on Friday threw jabs at the 7-member team that converged at State House on Thursday in a BBI county assemblies victory parade.

DP Ruto has maintained studious silence since a majority of the county assemblies approved the Constitution Amendment Bill 2020, paving the way for a referendum to effect changes in the 2010 constitution.

The ‘Super Tuesday’ rout in 26 county assemblies seemingly a loss on his part and a victory for proponents of the BBI process.

But he seemed to acknowledge the weight of State machinery and political capital deployed to spearhead the constitution review process.

“The writing of a constitution must be devoid of blackmail, intimidation and threats, because it is not just a solemn document, its a sacred duty of every Kenyan to participate in this exercise and everybody, irrespective of who they are, must be listened to, because this is their country, this is their document, and Kenya is a democratic country…we must respect one another,” he added.

BBI proponents have been taunting Ruto for a contest as a dress rehearsal for next year’s presidential race.

“They must accept that finally, that document must unify the country and that everybody must accept the outcome of this decision by the people of Kenya,” added the DP.

While seeming to resign to fate, the deputy president said proposals in the BBI document may not solve the country’s challenges.

President Uhuru Kenyatta had on Thursday, in a BBI victory parade, lined up leaders of the country’s major political parties who were instrumental in lobbying county assembly members from their respective regions to approve the Constitution Amendment Bill.

That team, pundits say, was a pre-cursor to a new political line-up that will face Ruto in next year’s State House succession race.

Peculiarly, the team’s joint statement was read by Baringo Senator Gideon Moi, in what was seen as politically symbolic to spite Ruto.

The BBI Bill is now before the two chambers of Parliament, before its transmission to the Kenyan electorate for their verdict in a referendum, regardless of the vote in the Senate and National Assembly.