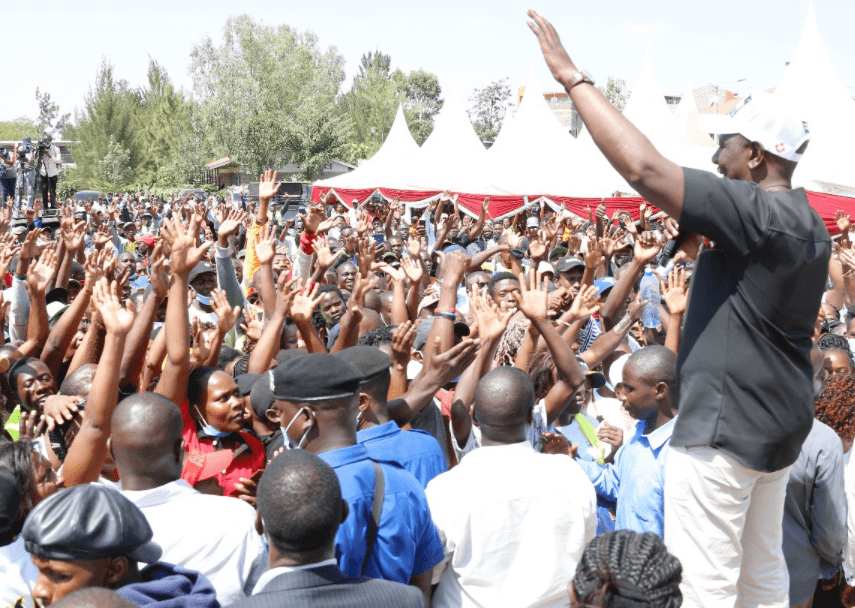 Deputy President William Ruto has dismissed talk of fomenting a class war pitting the haves against the have-nots in his hustler movement narrative.

Ruto spoke in Embakasi West Constituency on Monday where he launched a series of projects financed by the National Government Constituency Development Fund (NG-CDF).

The DP claimed political leaders criticising his hustler discourse were jittery over a changing narrative from past ethnic-based political mobilisation.

At the same time, he bashed proposals in the Building Bridges Initiative (BBI) on gender inclusivity, terming the top-up list nominations tokenism.

“Women are as capable in Kenya as men, let us allow women to be elected into the National Assembly like men and let us not reduce women leadership into token leadership to be given by nomination. Women can compete.”