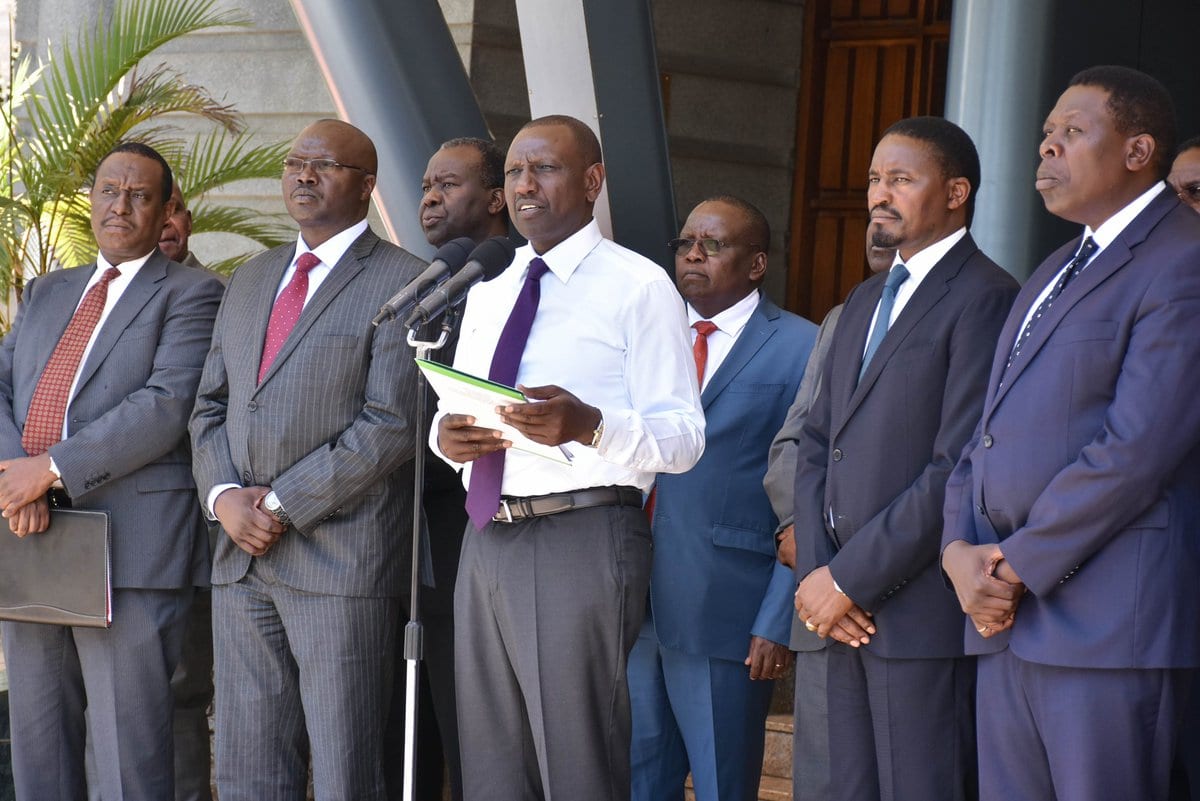 Deputy President William Ruto says the government is in control of the ongoing drought situation ravaging sections of the country, hence, there should be no cause for alarm.

Speaking in Nairobi at a media briefing, Ruto on Monday said the government has released Ksh.2 billion for the supply of food and water to about 1.1 million Kenyans affected by the ongoing drought situation.

“This morning, the government of Kenya has approved Ksh. 2 billion to be spent within this week in water tracking, making sure that boreholes and waterpumps are working,” said Ruto.

The deputy president maintained that there is enough food in the country to feed the Kenyans affected by hunger, adding that “this year’s situation is better.”

“There should be no cause for alarm at the moment, the government has put in place both at the county and national level interventions to manage the current drought. We will work together with partners such as the United Nations agency and all other friendly institutions to ensure we don’t have any casualties as a result of this drought.”

The DP said a situation assessment report by the government shows that a total of 865 persons have been severely affected by the drought effects while 1.1 million others are being affected “generally.”

DP Ruto further stated that another Ksh. 12.4 billion has been released to help the elderly persons, those living with disability and orphans afford food.

“As part of ensuring there is resources around the country for people to buy food, all beneficiaries under our cash transfer program, the vulnerable old people, people with disability and orphans, the government has again released Ksh.12.4 billion to 1.2 million beneficiaries that will put them in position to be able to buy food, especially those in areas that are affected by the drought,” said Ruto.

The NDMA boss maintained that the deaths reported in the drought-stricken areas were not as a result of hunger.

“Yes… The deaths are there but according to the reports we have received, those deaths are linked to maybe sicknesses and other issues but not drought,” he said.