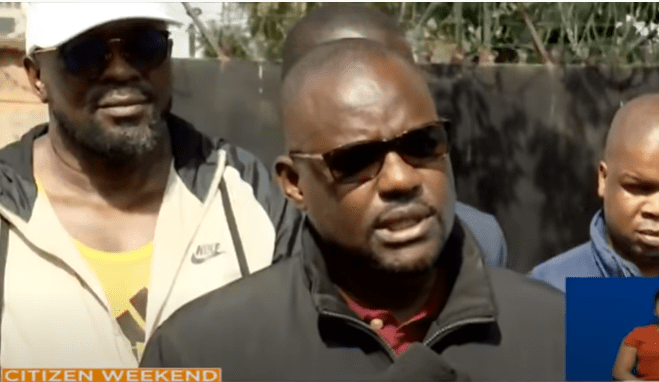 A Ugandan businessman with ties to the ruling party, the National Resistance Movement (NRM), has sued Kenya at the East Africa Court of Justice.

This heightening the diplomatic tiff set off by the aborted trip of Deputy President William Ruto to Uganda.

The MPs questioned DP Ruto’s trip to Uganda and his relationship with the country’s ruling party NRM that they claimed had a wanting reputation in upholding human rights.

Bamutaze claimed the ODM MPs flouted and contravened the laws establishing the East African Community including infringement on the fundamental and operational principles of the community such as good governance among them adherence to the principles of democracy, the rule of law, accountability, transparency and maintenance of universally accepted standards of human rights.

The Attorney General has 45 days within which to respond.

The businessman demanded that the legislators be found culpable of breaching the EAC statutes and slapped with costs that will be computed at 6 per cent annually from the time of award to the time of payment.

In Siaya County, DP Ruto was blasted for crying foul about his aborted trip yet he sits in the country’s highest security organ, the National Security Council, to understand procedures on the visitation of president or deputy president to any foreign nation.

“He should not be asking the public why he was stopped from going to Uganda, he’s the one who sits in that National Security Council,” said Siaya Senator James Orengo.

On his part, Wiper party leader Kalonzo Musyoka hit out at the DP for breaking national protocol in trying to leave the country without the president’s nod.

Soy MP Caleb Kositany condemned the arrest of Turkish businessman Harun Aydin, a DP Ruto business partner who flew to Uganda but was arrested upon his return to Kenya on Saturday. The lawmaker claimed the arrest was purely political aimed at undermining the deputy president.

“It has now escalated to false accusations against international investors, we want to ask these people led by our president, why do you hate Kenya so much that you no longer care about the reputation of the country?” He posed.