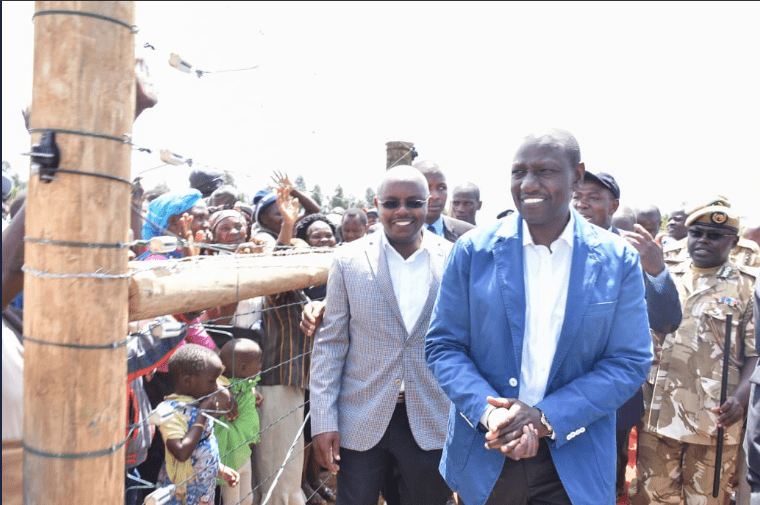 Deputy President William Ruto launched a Ksh.200million electric fence in Laikipia County as part of the Government’s efforts to address human-wildlife conflicts in the region.

He said the erection of the 50kilometre long Rumuruti-Marmanet Forest Wildlife fence would deter the conflicts that had resulted in huge losses.

Speaking at Gatundia Secondary School grounds after the launch of the fence on Monday, Mr Ruto said the project would be completed in the next six months.

Already, 14-kilometres of the project has been completed.

“We are implementing part of the election pledges we made to the people of Laikipia during the last General Election.

“The citizens here have been disturbed for long, some lives have been lost while crops have been destroyed,” said Mr Ruto.

He added: “The commencement of this fence means a lot to the people as their lives will be protected and their crops protected from destruction by wildlife.”

At the same time, Mr Ruto said the Government was finalising the compensation to families which had lost lives, or those who had been injured as a result of human-wildlife conflicts in the country.

“Residents in this County can now rest assured that the problems of human-wildlife conflicts and that of insecurity caused by banditry and cattle rustling that have impeded development are being solved,” said Mr Ruto. 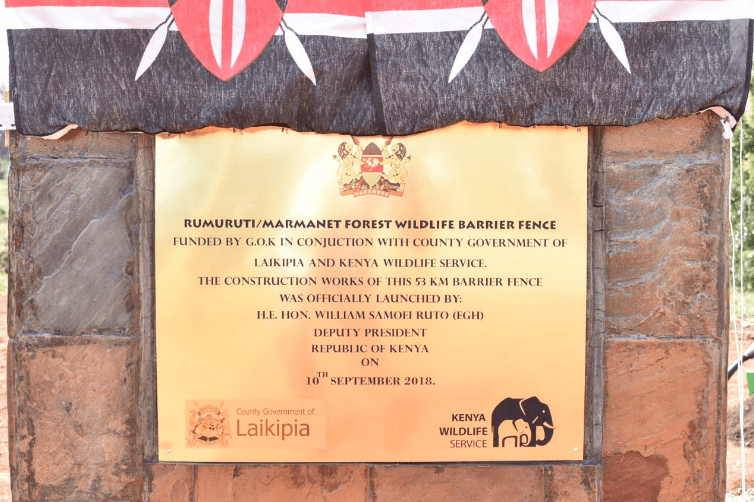 The leaders lauded the Government for moving swiftly to provide lasting solution to the human-wildlife conflicts.

“We are grateful to the national government for this great project to the people of Laikipia. This will protect them against attacks from elephants that have terrorised them and their crops for a long time,” said Governor Mureithi.

Mr Mariro said residents in the area have been subjected to untold suffering because of marauding elephants, saying they were at times forced to erect makeshifts in their farms to prevent the animals from destroying their crops.

“This project is a reprieve to our people as they can now walk freely and engage in their development activities without any fear of attacks,” said Mr Mariro.

The Deputy President, asked chiefs and their assistants to ensure all parents in their areas of jurisdictions took their children to school.

He said Ksh.180 billion, which is 30 per cent of the country’s total budget was being used to fund educational activities including free primary, affordable secondary, college and university, wondering why some parents were not taking their children to schools.

“It is sad that as parents we pay taxes to fund education while we are not taking our children to school. This culture must come to an end,” said Mr Ruto.

The MPs said they would not allow anyone to interfere with the agreement that was made by President Uhuru Kenyatta and Mr Ruto on matters of leadership in 2013.

“We are going to respect the covenant that was made by President Uhuru and the Deputy President that the former leaders the country until 2022 and Mr Ruto takes from there for another 10 years,” said Ms Waruguru.

Governor Mureithi said the people of Central were clear on whom they will support come 2022, saying their resolve to rally behind Mr Ruto for presidency when the time comes was not negotiable.

“What we know as Jubilee leaders is the 2013 handshake that united communities which have been fighting for long. The other handshake is for people who have forgotten where we came from, where we are and where we are going,” said Mr Mariro.
“We welcome the recent handshake between President Kenyatta and Mr Odinga but should not be used an avenue to shake Jubilee,” said Ms Korere.