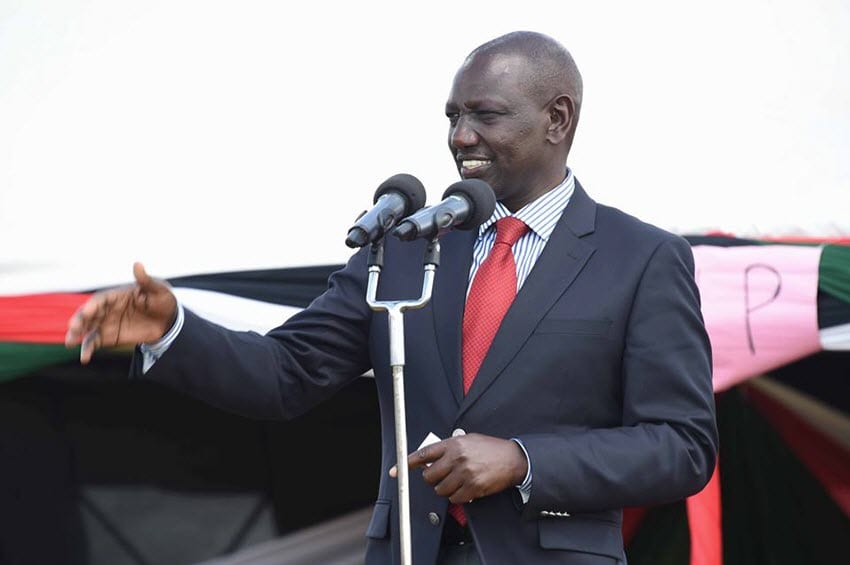 Deputy President William Ruto has urged Kenyans to embrace the newly formed Jubilee party, the political vehicle they will use with President Uhuru Kenyatta to seek re-election in the next year’s General Election.

Ruto said the move to bring together all political parties affiliated to the Jubilee Coalition under the Jubilee Party (JP) are aimed at forming a strong party that will accommodate all Kenyans.

“We want to discourage politics based on regions as they are the cause of tribalism in our country,” said the Deputy President.

Ruto said politics should not be used to create enmity among Kenyans but to unite all ethnicities.

He said the Jubilee administration is ready to work with all leaders irrespective of their ethnic and political affiliations.

Ruto asked political leaders to put the interest of Kenyans above their own.

The Deputy President made the remarks when he addressed two separate functions at Evangelical Lutheran Church of Kenya in Itierio and Nyamache open grounds in Bobasi Constituency, Kisii County.

Ruto asked leaders to work together irrespective of their political affiliation for the benefit of Kenyans.