DPP Haji: DCJ Mwilu arrest not part of ‘we shall revisit’ political threats 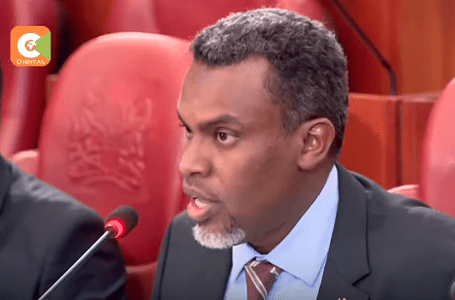 The Director of Public Prosecutions has dismissed allegations that the arrest of Deputy Chief Justice Philomena Mwilu is part of the “we shall revisit” threats that were made by the ruling party after the August 8 elections.

Speaking during a press conference, the DPP said Justice Mwilu was arrested on Tuesday over alleged transactions involving the collapsed Imperial Bank.

“The evidence in our possession reveals that Lady Justice Mwilu abused her office for personal gain; accepted a gift in the form of money in circumstances which undermine public confidence in the integrity of her office, obtaining execution of a security belonging to Imperial Bank Limited, now in receivership, by false pretense, unlawful failure to pay taxes, conducted herself in disregard of the law,” said Mr. Haji.

“In view of the above, I have concluded that the evidence is sufficient with the reasonable prospect of conviction and it is in public interest that criminal proceedings should be preferred. Investigating and punishing wrongdoing is difficult and painful but it must be done.”

Mr. Haji said Mwilu’s alleged wrongdoing, happened while she was at the Court of Appeal.

However, the now infamous September 2, 2017 statement by President Uhuru Kenyatta after the Supreme Court annulled his election and ordered a new poll within 60 days was not far from many minds.

“We shall revisit this thing. We clearly have a problem,” he said, referring to the judiciary adding in the same breathe that he would respect the court’s ruling.

“The issue about revisiting; we are an independent institution and not being directed by anyone or by any statements given out there. Decision made independently of all other matters and factors that you might think might have brought this about,” he said.