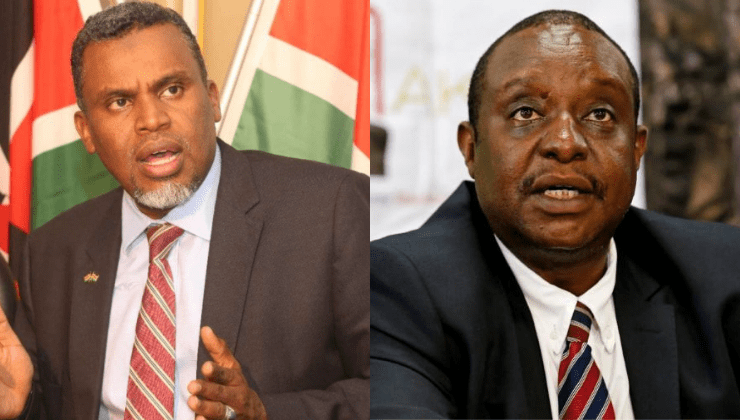 Rotich wants the High Court to quash DPP Haji’s decision to charge him over the Kimwarer and Arror dams scandal.

The DPP says the case against Rotich has substantial questions of law and of public interest hence should be heard by a three-judge bench.

DPP Haji, according to court papers, says the bench should establish “whether Cabinet Secretaries are immune to criminal prosecution in respect of any acts and omissions punishable by law occasioned in the course of duty.”

“We acknowledge that the decision of a single judge has the same jurisprudential value as that of an expanded bench but we submit that each case is to be considered on its own merit to promote harmony in decision making,” read the application.

The office of the DPP last week shot down reports that charges against the former Treasury CS had been dropped.

In a statement issued on July 17, the DPP stated that a news item published in a local publication claiming that Rotich had been cleared of all charges in the misappropriation of public funds case was false.

“Contrary to reports appearing in the Business Daily on Friday, 16th July 2021, no charges have been dropped against the former Cabinet Secretary (CS) National Treasury, Henry Rotich, accused of misappropriation of public funds relating to the construction of the Arror and Kimwarer Multipurpose Development Dam Projects,” read the statement.

The former CS and four others have been charged jointly with a variety of offenses ranging from conspiracy to defraud, abuse of office, and failure to comply with various sections of the law while carrying out contracts that required the Kenyan government to pay approximately Ksh.63 billion for the construction of the two dams.

According to the DPP, when the case came up for plea on the amended charges on May 26, 2021, the former CS objected to the plea being taken on two counts.

Rotich said the two counts did not specify what specifics he was to respond to under the Anti-Corruption and Economic Crimes Act and the Public Finance Management Act.

In a ruling dated July 15, 2021, Magistrate Douglas Ogoti allowed the application by the prosecution to amend the charges within seven days.