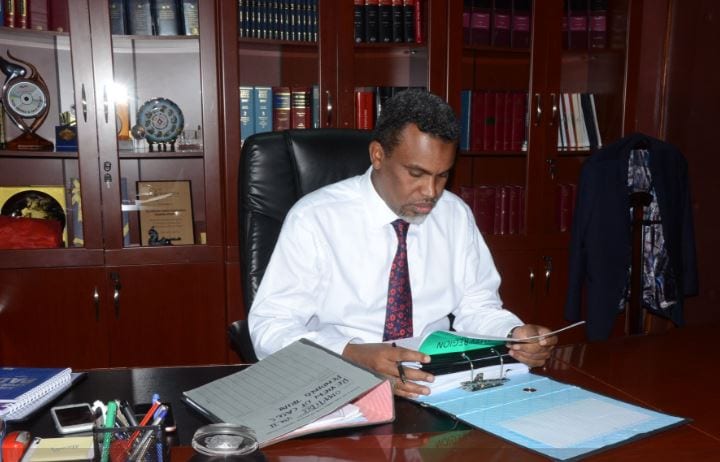 An order by Director of Public Prosecutions (DPP) Noordin Haji to his officers to submit all high profile cases to him for review before suspects are arraigned has raised eyebrows, with concerns of delay in administration of justice or even undue influence to defeat justice.

In the circular that has sparked a fierce debate, Haji also directed that all cases involving huge sums of money be referred to him personally before charges can be preferred.

Haji issued the letter on June 9, 2021, addressed to heads of departments, regions, counties and divisions in the office of the DPP, and signed on his behalf by Secretary of Public Prosecutions Dorcas Oduor.

That directive has sparked reactions from lawyers and governance pundits who hold that the DPP ought to disperse operations instead of centralising them.

In the letter, that also covers cases handled by agencies such as the Ethics and Anti-Corruption Commission (EACC), Haji directed that all cases involving public figures or huge sums of money and likely to have what he called ‘an impact on the administration of justice and the rule of law’, must be brought to his attention and his authority sought for the suspects to be charged.

Yet another red flag raised, since the bulk of corruption cases affect politicians and government officials, at the national and county levels.

Other than concerns raised over likely delays in prosecuting high profile cases, there is the possibility of attempts to defeat justice, through undue influence by the public figures.

“Practically, he should only review the files that are few and are serious, in other words the implications for rule of law and administration of justice are substantial and a slight delay is therefore merited to ensure we don’t get those cases wrong,” added Kanjama.

A number of public figures, among them former Cabinet Secretaries, Governors, Members of Parliament, sacked parastatal chiefs and suspended county government executives are facing graft and other criminal charges.

However, there are some long standing scandals, such as the Ruaraka land saga whose files remain in abeyance and authority to prosecute suspects in limbo.