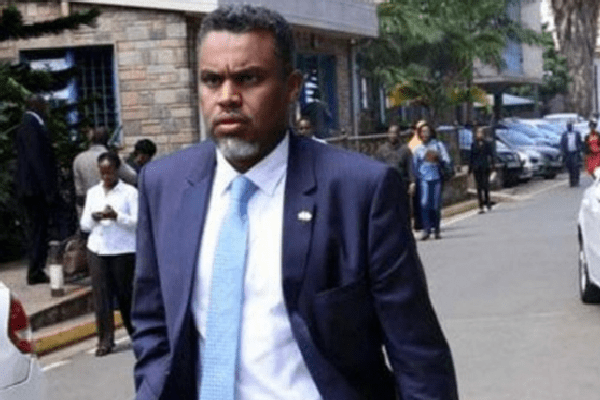 The Director of Public Prosecution Noordin Haji has said investigations into alleged misappropriation of funds meant for construction of dams will be extended to Central Kenya.

According to the DPP, it is not only Arror and Kimwarer dams that have raised concern but other projects in the country as well.

“We are not targeting any community. We are safeguarding the interest of the country,” DPP Haji said in response to claims by a section of politicians allied to Deputy President William Ruto that investigations are only focusing on certain individuals.

Meru Senator Mithika Linturi questioned the independence of the DPP’s office while his Makueni counterpart Mutula Kilonzo Jnr echoed the sentiments  asking why details of investigations were being leaked to the media.

“The matters that are investigated by your team are out in the Press and the responses are done in a very great deal by politicians. Kenyans don’t know whether it was half a cow stolen, the ears of the cow or the tail. Are you concerned?” Kilonzo posed.

The DPP maintained that the media plays a critical role in the fight against corruption which is why he prepares Press releases but said he would look into the leakage of investigations.

On his part, AG Kariuki reiterated that investigations into the dam scandals are not targeting an individual or one community.

According to him, it is politicians who trivialise investigations and resulting prosecutions.

“The politics is introduced by yourselves and others in politics. We are blind like justice. Where investigations lead we follow,” he said.

He added: “We are not in this game if you want to call it a game for politics or to victimise anyone. We have no personal interest other than to ensure that the rule of law and the constitution is respected and that justice is done in every case.”

On his part, EACC boss Mbarak noted that lenient bail terms for corruption suspects need to be reviewed.

“We need to criminalise some acts by bodies. Anybody putting fake documents like tax return forms should be treated as a criminal. We need to strengthen the laws to ensure people know that when they cheat in a tender bid the consequences are severe,” he added.