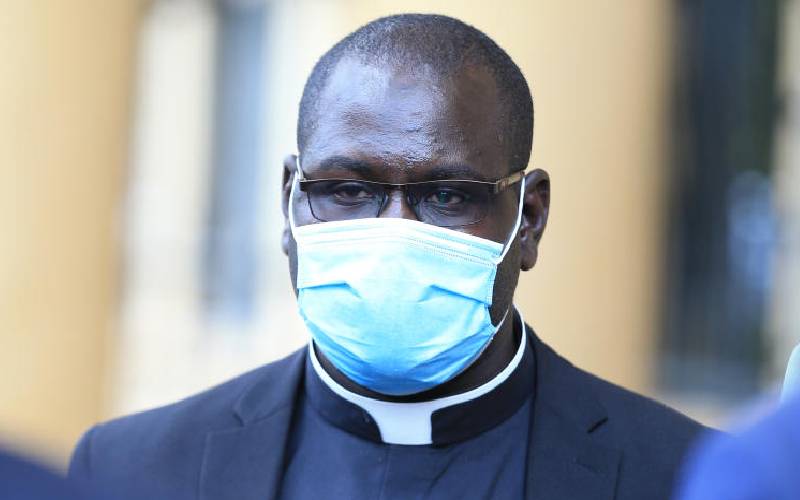 Director of Public Prosecutions (DPP) Noordin Haji has withdrawn a case filed against a Rome-based Catholic priest from Siaya County who was accused of knowingly spreading the coronavirus disease in the country.

Father Richard Oduor was charged at the Milimani Law Courts in April this year and released on a cash bail of Ksh.150,000 or Ksh.500,000 bond after denying the charge.

In the application to withdraw the case, the DPP says Kilimani Criminal Investigation Officer has failed to produce witnesses in the case 9 times thereby forcing the court to adjourn the hearing of the matter severally.

The case has been withdrawn under section 87(a) of the Criminal Procedure Code which permits the prosecutor to apply before the court seized of the case to withdraw charges facing an accused person at any time before final Judgement.

Fr. Oduor  returned to the country from Rome on March 11 and spent a day at Utawala in Nairobi before travelling home on March 13 where he conducted the burial of a close relative.

He later returned to Nairobi and exhibited symptoms of the disease prompting his admission to hospital where he tested positive and was placed under quarantine.

The priest would later be arrested and prosecuted for failing to self-quarantine as was required of any person who had just arrived into the country at the time when the pandemic had just hit Kenya.

He was accused of transmitting the virus to several people as he moved around the country.