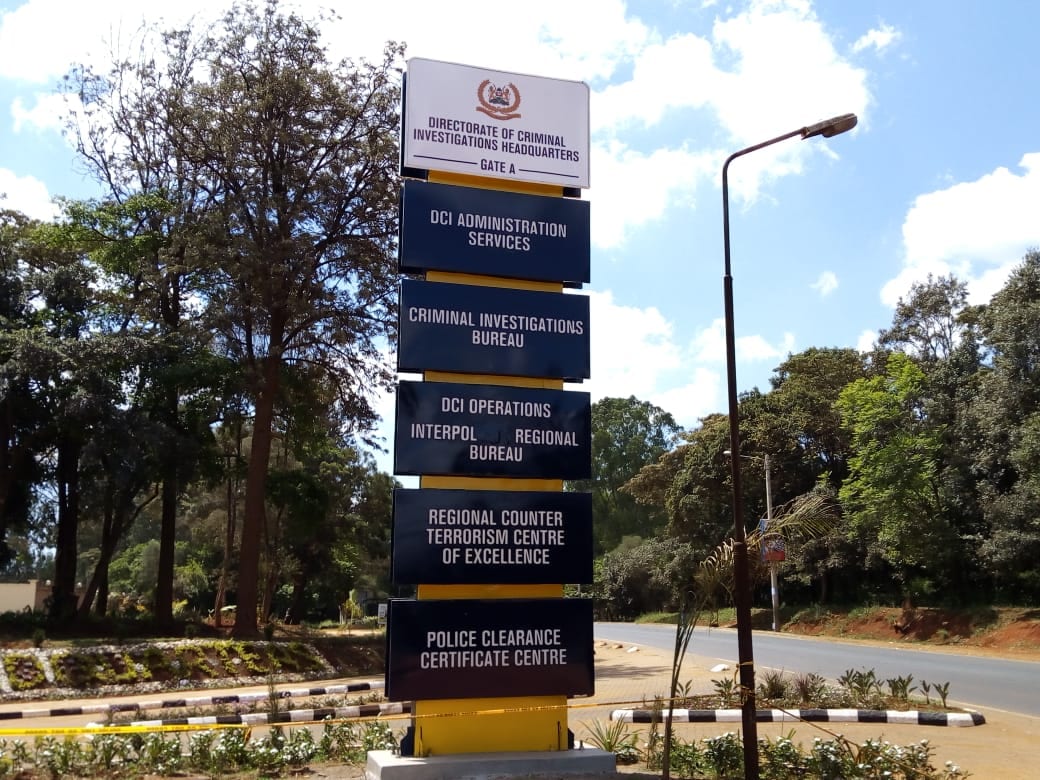 As citizens of the Democratic Republic of the Congo (DRC) pointlessly refresh their web browsers this week, they may be getting a preview of just what Chinese-crafted cyberspace rules look like.

The DRC on Monday became the latest country to cut its people off from the internet, as voters await the results of this weekend’s highly-contested presidential election.

Internet and social media shutdowns have become more and more common across Africa and Asia in recent years, particularly as authoritarian governments look to China as the model for controlling what people can say and do online.

Speaking to Reuters Tuesday, a senior adviser to DRC President Joseph Kabila, said internet and text messaging services were shut down to preserve public order after “fictitious results” were circulated on social media.

Barnabe Kikaya bin Karubi told the news agency that the country would remain offline until full results were published on January 6. Doing otherwise could “lead us straight toward chaos,” he added.

In a joint statement, US, European Union, Canadian and Swiss diplomats called on the Congolese government to refrain “from blocking means of communication, in particular access to the internet and the media.”

Internet shutdowns have spiked sharply around the world in recent years, rising from 75 in 2016 to almost 190 last year, according to international digital rights group Access Now.

“The techniques used by governments to shut down the internet vary, from total blackouts to targeted throttling or blocking of specific applications.”

Africa and Asia are the worst affected regions, with the longest recent shutdown happening in Cameroon when Anglophone regions of the country spent 230 days without internet access between January 2017 and March 2018.

In the past three months, partial or full internet and social media shutdowns have been reported in the DRC, Sudan, and Cameroon, according to civil society organization NetBlocks.

The effects of an internet shutdown go beyond simply cutting off people’s access to information.

A tool developed by NetBlocks and the Internet Society for measuring the financial costs of a shutdown estimates a day’s outage in Congo alone can cause losses of more than $3 million.

“Shutdowns are a blunt instrument for interrupting the spread of disinformation online,” Washington-based Freedom House said in a report last year.

“By cutting off service during such incidents, governments often deny entire cities and provinces access to communication tools at a time when they may need them the most, whether to dispel rumors, check in with family members, or avoid dangerous areas.”

The methods behind an internet shutdown, particularly a complete one, are fairly simple.

The government simply orders internet service providers (ISPs) to stop their connections — it’s like turning off a home modem, but for the entire country.

Shutdowns can even happen accidentally, such as when one of the undersea fiber-optic cables which connect much of the world is damaged. This happened in 2008, cutting off a large swath of the Middle East from the global web.

One of the first major political shutdowns occurred in Xinjiang, a region in far-west China long used by Beijing as a testing ground for its censorship and surveillance policies.

After protests and riots broke out in the regional capital Urumqi in July 2009, internet access to all of Xinjiang — along with international phone and text messaging services — was cut off for almost a year.

This was justified on the grounds of security, with the military newspaper China National Defense Daily warning the riots “once again demonstrates that it is becoming urgent to strengthen internet control. This is to avoid the internet becoming a new poisoned arrow for hostile forces.”

Similar justifications have been made by other countries following China’s lead. According to Access Now, the top three reasons given for internet shutdowns are “public safety,” stopping the spreading of illegal content and “national security.”

In Uganda, President Yoweri Museveni defended a 2016 shutdown as a “security measure to avert lies … intended to incite violence and illegal declaration of election results.”

Last year, Museveni’s government passed a new tax on social media, under which users must pay 200 Ugandan shillings ($0.05) a day to use popular platforms like Twitter, Facebook and WhatsApp.

Ugandan officials previously traveled to Beijing to learn from Chinese censors how to control social media, with government minister Evelyn Anite saying the country was “helpless” in the face of criminals using the web to “commit crimes with impunity.” 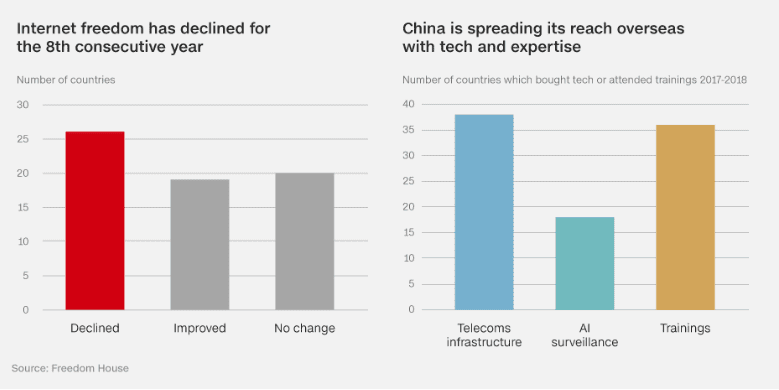