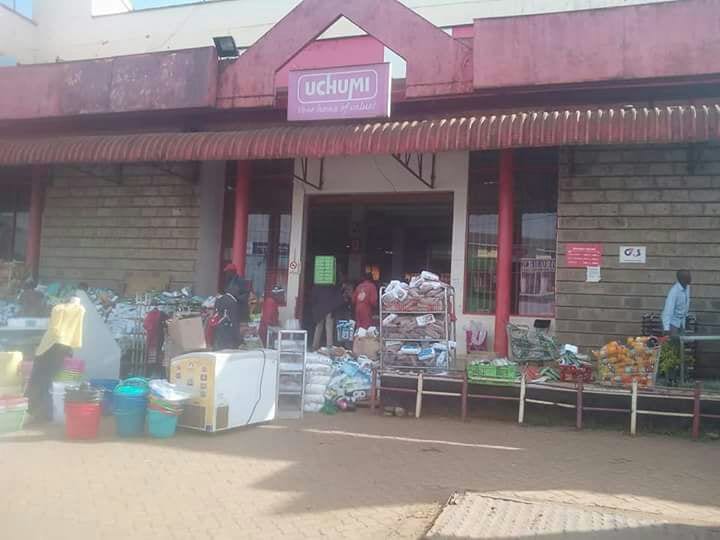 Residents of Karatina were treated to dramatic scenes after the landlord of the building that houses Uchumi Supermarket in Karatina town, Nyeri County forcefully evicted the tenant.

Goods including consumables, clothes and furniture were moved out of the supermarket in the presence of armed police officers. 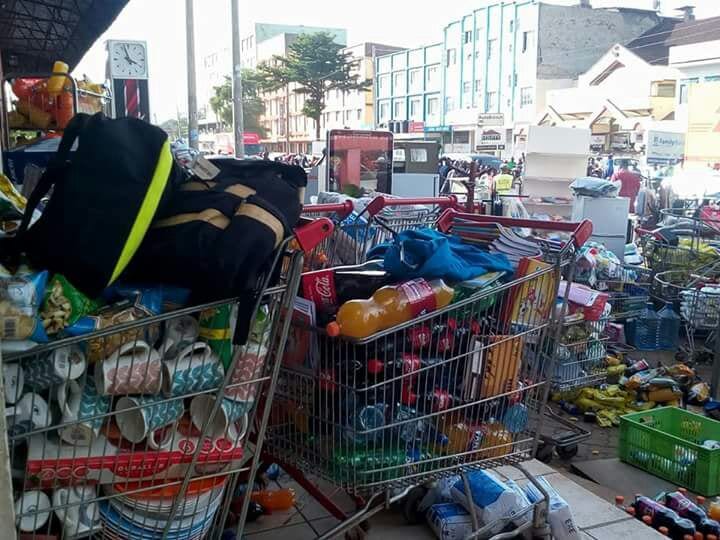 The police were also guarding the goods to ensure that looting did not happen as residents who had milled at the scene watched closely.

The eviction of Uchumi supermarket comes following a court order obtained on 14-12-2017 by the complainant Lucy Wairimu Weru, the tenant and a renown businesswoman who mainly operates from Nyeri.

According to the court order, Uchumi supermarket’s continued occupation of the premises is unlawful and the same constitutes intrusion and illegal trespass. 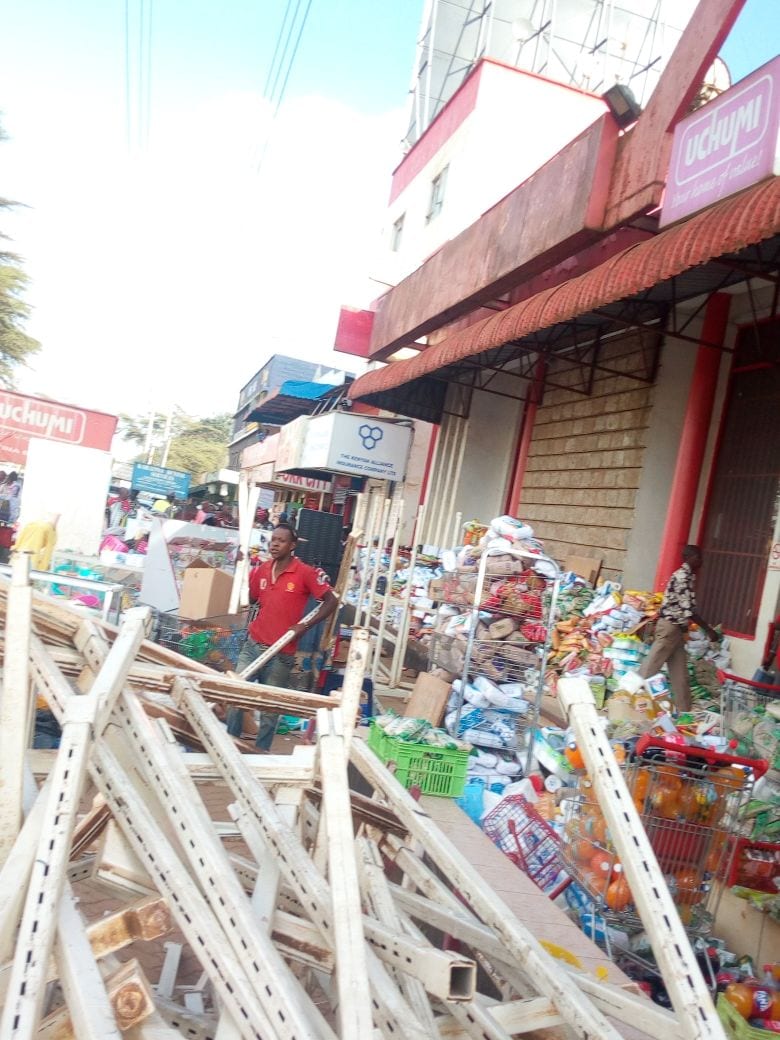 Efforts get a comment from the management were futile.