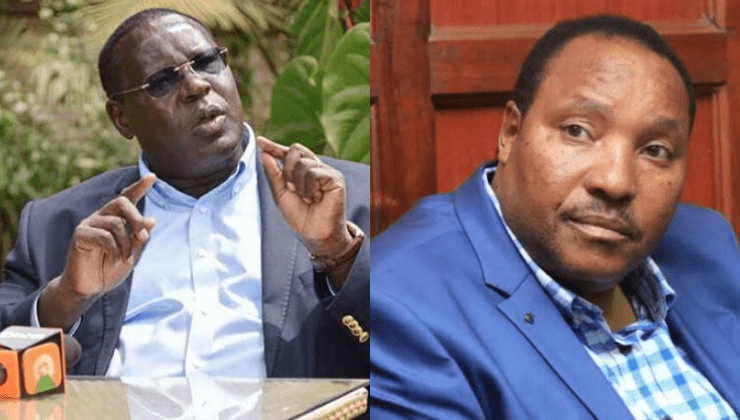 Kiambu County Assembly is set for a showdown after rival factions of MCAs tabled impeachment motions against both Governor Ferdinand Waititu and his deputy James Nyoro.

The motion to impeach Waititu was tabled by Ndenderu MCA Solomon Kinuthia who, among other issues, accused the embattled county boss of gross misconduct and abuse of office.

According to the motion, Waititu contravened the public procurement and disposal act by allegedly influencing the award of lucrative tenders to companies associated with his immediate family and close relatives.

In the petition, the county boss is also accused of hiring over 600 casuals without the involvement of the County Public Service Board before later firing them. According to the MCAs this exposed the county to risk of multiple suits and loss of public funds.

Mr. Kinuthia further intimated that Waititu violated the Constitution of Kenya by forcefully dispossessing and unlawfully occupying the property of Cecilia Njoki Mbugua, a Thika widow.

At the same time, Witeithie MCA Macharia Taki sought the removal of Deputy Governor Nyoro on the grounds of gross violation of the Constitution and the County Government Act.

Taki, in the motion, accused Nyoro of unlawfully assuming the office of the governor when Waititu was denied access by court pending the hearing of a Ksh.588 million corruption case against him.

“He is doing so without any written authority from any person or any court of law. Indeed, the courts have clearly pointed out to him that he cannot undertake any functions of this nature,” read the motion.

“He has been holding public meetings, including presiding over a Madaraka Day function as an acting governor without any express instructions from the Governor Ferdinand Waititu Babayao.”

The deputy governor was further accused of abuse of office by attempting to re-assign duties of various County Executive Members despite being in an acting capacity.

Taki also intimated that Nyoro, by previously declaring that he was unable to work under Waititu, “is both mentally and physically not ready and capable to perform his duties to deputise the governor.”

“In that state of mind, his continued holding of office denies the people of Kiambu the opportunity to be served better. He should hence be impeached to create room for the appointment of a Deputy Governor who has the physical and mental capacity to work with the Governor, Ferdinand Waititu Babayao.”

The two motions are set to be introduced in the Assembly next week.