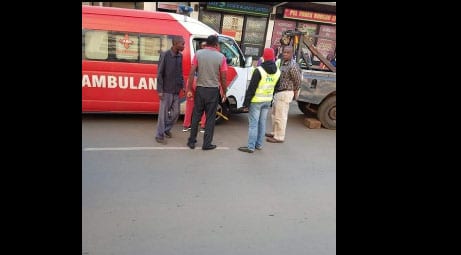 The Kisumu County Government has apologized after an ambulance belonging to AAR Healthcare was clamped by city council askaris.

The ambulance was to transfer a patient from the AAR health at Al Imran plaza on the Oginga Odinga highway.

Health CEC Nerry Achar had to make the apology public after residents took to social media to criticise the askaris’ actions.

The revenue officers are said to have even brought a tow truck for the ambulance.

CEC Achar said the incident was unfortunate adding that ambulances should never be clamped or obstructed from operation.

Achar added that the county has summoned the officer concerned to explain why his officers clamped an emergency vehicle.