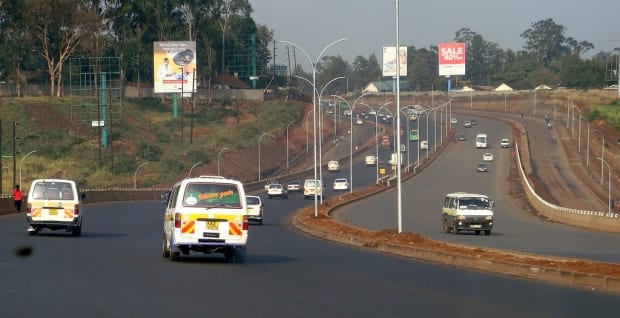 Police in Ruiru, Kiambu County, have arrested three suspects alleged to be among a gang terrorising commuters along Thika highway.

The three – a matatu driver, tout, and an unidentified individual – were driving a matatu belonging to Travellers Choice Sacco when they were arrested.

The third suspect is reportedly a hired operator who is paid Ksh.1, 000 after every successful operation.

The suspects were intercepted at Waki stage in Ruiru on Wednesday by detectives from Ruiru Police Station who were acting on a tip off.

According to Ruiru OCPD James Ng’etich, more than 40 phones, assorted ID cards and SIM cards were found stashed in a bag inside the 14-seater matatu.

Ng’etich noted that the three had been robbing passengers in matatus day and night.

The three are set to aid police in further investigations before being charged in a Thika Court.

There has been a reported increase in cases of hijacking and carjacking, both of public and private cars, along the super highway in the recent past.