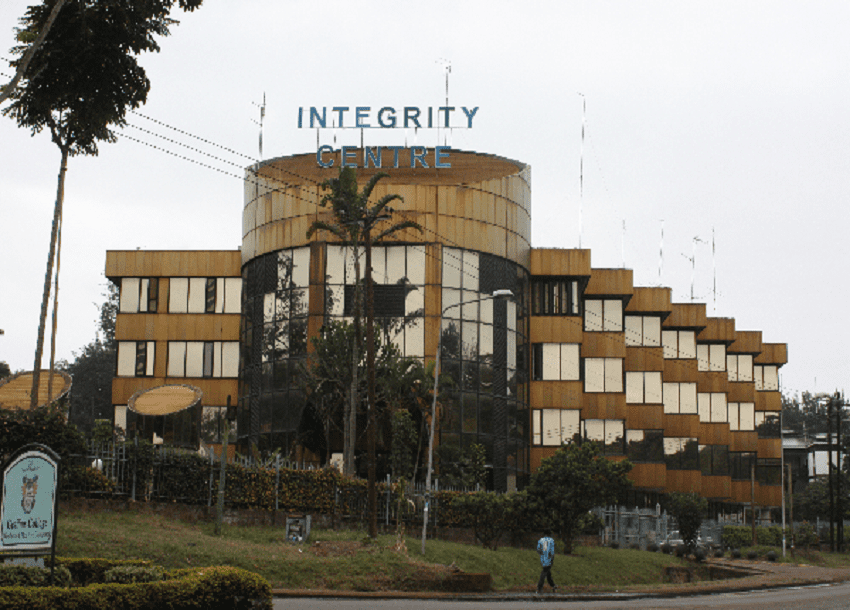 The Public Service Commission (PSC) has advertised for the vacant posts of the chair of the Ethics and Anti-Corruption Commission (EACC) and four other members of the commission.

Those seeking to chair the commission are required to have a university degree, 15 years of professional job experience and also meet requirements of Chapter 6 of the Constitution of Kenya 2010.

Those applying for the jobs have until October 7th to send their applications to PSC.

The commission will now have five commissioners who will serve on part-time basis.

Former EACC chair Mumo Matemu and the other two commissioners, Irene Keino and Prof. Josephine Onsongo resigned three months ago before facing a tribunal that had been formed by President Uhuru Kenyatta to investigate their conduct.

In July, Members of the National Assembly voted to oust Halakhe Waqo as the Chief Executive Officer (CEO) and his deputy Michael Mubea from the Ethics and Anti-Corruption Commission (EACC).

However, Waqo reinstated him hours later.

Matemu was suspended for gross misconduct and investigations carried out over the alleged irregular sale of Integrity Centre, which houses the EACC.

EACC has been criticized for inaction on graft cases in the country.

The Parliamentary Justice and Legal Affairs Committee had recommended that proposed amendments to the Ethics and Anti-Corruption (EACC) act be further amended to have all employees vetted afresh within six months.

President Kenyatta declined to sign into law an amendment Bill that would have sent home the EACC CEO and his deputy, instead sending the Bill back to Parliament with reasons for his decision.

The committee, however, agreed with the president’s recommendation to have a 14-day window to advertise vacancies in the anti-graft body and kick off the process of filling them.

It will take a two-thirds majority vote to pass the new amendments, given the speaker’s determination that they negate the president’s own amendment.