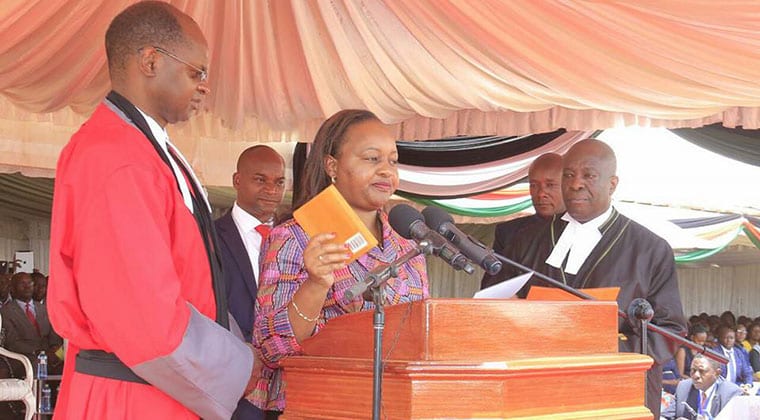 According to EACC Central Regional Manager Charles Rasungu, one of the cases involves a number of tenders allegedly influenced by the governor.

Documents cited in the impeachment motion against Waiguru claimed that she influenced tender processes in favour of Velocity Partners Limited.

It is further alleged that monies to the tune of Ksh. 10 million were paid to the Governor for trips that allegedly did not take place or were not official.

The EACC is also investigating 38 officers from Kirinyaga County Government who are expected to record statements.

When asked if investigators would be inviting the governor for questioning, Rasungu noted that at this point they cannot pre-empt it.

However, he stated that Governor Waiguru or any other person involved may be called in for questionings where deemed necessary.

He further noted that though they may not have a clear timeline of how long investigations will take, the matter is being treated on a priority basis.