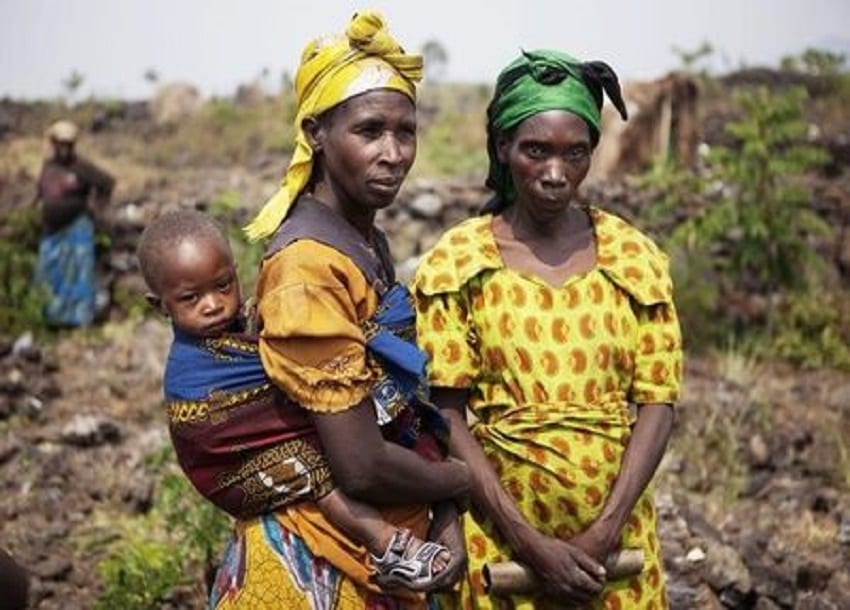 As the battered pickup lurched down the road from Mount Nyiragongo, Lieutenant Bongani Mndebele took a closer look at its passengers, six men in faded camouflage fatigues with AK-47s over their shoulders.

In the hills of eastern Democratic Republic of Congo, along the border with Burundi, Rwanda and Uganda, Mndebele’s uncertainty can be forgiven.

For years, the region, including the slopes of Nyiragongo, Africa’s most active volcano, has been home to a patchwork of rebel militias who have killed thousands and displaced millions in their quest for control of timber, gold, tin and tantalum.

Many date back to the 1998-2003 Congolese civil war, fuelled by Rwandan intervention, in which millions died, either in the conflict or of hunger and disease.

However, the biggest militia still at large, the Democratic Forces for the Liberation of Rwanda, known by the French acronym FDLR, is led by ethnic Hutus who fled to Congo from Rwanda after helping instigate the 1994 genocide.

As a member of the United Nations-mandated Force Intervention Brigade – itself a unit of the U.N.’s 20,000-strong MONUSCO peace keeping operation, its biggest in the world – it is Mndebele’s job to identify the rebels and disarm them, if need be by force. But it is easier said than done.

“These armed groups, they wear the same uniform as the government forces. That makes it difficult to distinguish between them,” said Colonel Bayanda Mkula, second-in-command of the FIB in Goma, eastern Congo’s regional capital.

The United Nations on Friday however pledged to step up its efforts.

The most notable achievement of the FIB, a joint South African, Tanzanian and Malawian ‘peace enforcement’ operation, was its contribution along with Congolese forces to the 2013 destruction of M23, the largest and best-armed of the groups and widely believed to be a proxy of Rwanda.

Although it had heavy weapons, including two tanks, M23 was no match for South African state-of-the-art Rooivalk attack helicopters based in Goma.

However, the problem for South Africa, which sees its 1,000-strong FIB deployment as a key part of its regional foreign policy, is that the Rooivalk is less potent against militiamen who are guerrillas by night but villagers by day, hiding their rifles and grenade launchers to blend in with the civilian population.

With few South Africans speaking Swahili or French, the region’s two main languages, they are heavily reliant on the Congolese military for intelligence.

Kinshasa has repeatedly stated that it is committed to eradicating the rebels, yet suspicions remain that its forces are dragging their feet, either because of an anti-Rwanda agenda or because local and national politicians have a stake in the millions of dollars extorted from illegal mining and logging.

With elections expected in a year’s time, analysts say the situation is only likely to get worse.

“The future is dark,” said Fidel Bafilemba, a Goma-based researcher for the Enough Project, an advocacy group.

“If there was a genuine commitment to wiping out these armed groups, none of them could resist. The FIB has its helicopter gunships and heavy weapons but will do nothing against the armed groups unless there is political will.”

Analysts also suspect that South Africa and Tanzania may be reluctant to hit the FDLR and its 1,500 fighters because it would serve as a gift to hardline Rwandan president Paul Kagame, with whom diplomatic relations are less than warm.