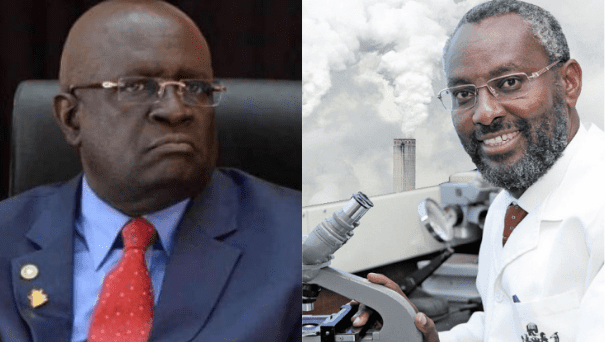 Education Cabinet Secretary Prof. George Magoha has suspended the proposed administrative changes in the University of Nairobi saying the changes must follow the law.

While lauding the move by various universities to ensure their academic and administrative structures conform to their financial muscle, Prof. Magoha termed the proposed changes at the University of Nairobi illegal.

The changes by the university council last week touched on reorganisation of the administrative structure, which included abolishing 24 constituent colleges from the normal 35 to 11.

The changes meant to also abolish five offices of the deputy vice-chancellors and replace it with two positions of associate vice chancellors.

According to the university council Chairperson Prof. Julia Ojiambo, the new reforms were meant to break down bureaucracy for the benefit of the institution’s stakeholders.

Prof. Magoha has however written to the university Vice Chancellor and principals of the constituent colleges saying: “Where proposed reviews necessitate to charter or legal notices of constituent colleges, the proposed amendments must be forwarded to the ministry through the Commission for University Education before being gazetted by the Cabinet Secretary in line with section 20(3), 21, 22(4) and/or 22A(5) of the Universities Act, 2012.”

In the letter that was copied to Head of Public Service Joseph Kinyua and Attorney General Kihara Kariuki, Treasury CS Ukur Yatani among others, CSMagoha ordered that the changes be suspended until they are given a greenlight by relevant authorities.

The letter stated: “Communication on any proposed changes referred to above must be accompanied by the following: 1.Rationale for instituting the proposed changes; and 2. Proposed Human resource instruments including: a)The organization structure, b)Staff establishment, c)Human resource policies and guidelines, d)Council resolutions approving all the above instruments and proposed recruitment; and e)Availability of the budget to cater for the proposed restructuring and recruitment.”

As part of its restructuring, the University of Nairobi had announced that it had increased fees for postgraduate courses and parallel degrees in order to ease a cash crunch in the institution.

This led to demonstrations by students who were also joined by KMPDU and a section of MPs who condemned the proposed increments. The students are now calling on the CS to intervene, specifically on the school fees stalemate.

In a letter to the CS, the students through their council wrote: “We kindly and humbly request your office to release an official letter of the same gravity as the one suspending the restructuring of the university leadership, regarding the proposed school fees in public universities.”