Education ministry to roll out public participation on new curriculum 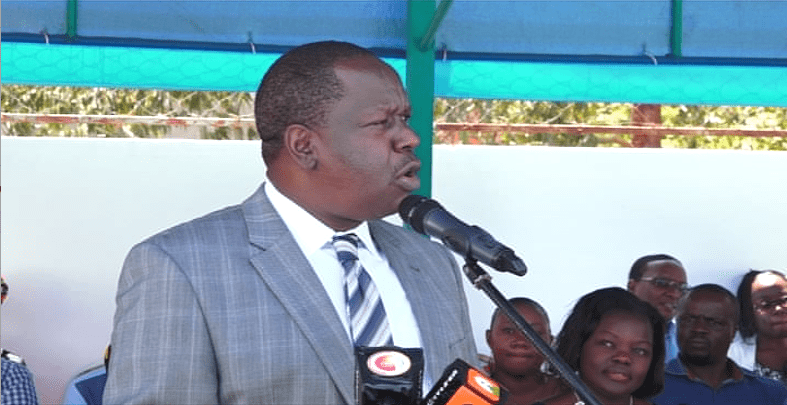 The Ministry of Education will roll out a public participation program on the new curriculum that is to be expected to begin soon, Education Cabinet Secretary Dr Fred Matiang’i has said.

In a speech read on his behalf by Rift Valley Regional Director of Education Mary Gaturu during the opening of Iraa Girls and Cheramor Secondary Schools in Sigowet/Soin constituency, the CS said all citizens will be educated about the whole system.

He noted that the new system has many advantages including reduction of exams, which in return will help students maintain grades to push them towards university and helping scholars realise their talents through the Academic, Talent and Technology forum that will be introduced.

Dr Matinang’i stated that implementation of the system meant 100 per cent assurance of transition from primary to high school.

He revealed that all primary schools would be issued with laptops before the end of the year, and urged parents to encourage their children to maintain the gadgets in good condition.

This comes after Fred Matiang’i signalled the end of the 8-4-4 education system to be replaced by the proposed 2-6-3-3 education system during a national conference on curriculum reforms at Kenyatta International Conference Centre (KICC) in Nairobi on January 30, 2017.

The 2-6-3-3 education system that was proposed by Kenya Institute of Curriculum Development (KICD), will be tested in 470 pilot schools countrywide, starting May this year.

The new system proposes to scrap national examinations and instead emphasise on continuous assessments and holistic development of learners.