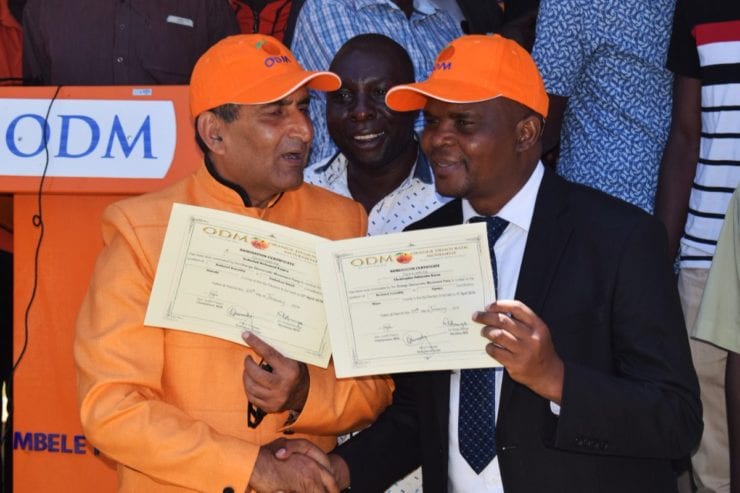 The Orange Democratic Movement (ODM) party has cleared Irshad Sumra to vie for the Embakasi South parliamentary seat in the upcoming by-election slated for April 5, 2019.

Sumra was handed the ODM ticket on Wednesday at the Orange party headquarters in Nairobi.

He is set to face off with Julius Mawathe who was also handed a direct ticket by the Wiper Party led by Kalonzo Musyoka.

Kalonzo had asked ODM to withdraw its candidate in line with the unity spirit of the NASA coalition, but the Raila Odinga-led party remained adamant insisting that it would field a candidate for the race.

The Supreme Court on December 28, 2018 nullified the election of Julius Mawathe as Embakasi South MP following a successful petition by Irshad Sumra. The court cited malpractices, irregularities and illegalities committed during the August 8, 2017 poll.

While the Jubilee Parry withdrew its candidate from the race, a section of Jubilee Party  leaders have expressed support for the Wiper candidate.

ODM believes Wiper did not win the seat fairly in the 2017 polls, and has warned leaders from the Jubilee party against supporting the Mawathe, saying Sumra is the “handshake” candidate.

Meanwhile, ODM on Wednesday also handed Christopher  Karani a ticket to contest in the Ugenya by-election also scheduled to take place on April 5.