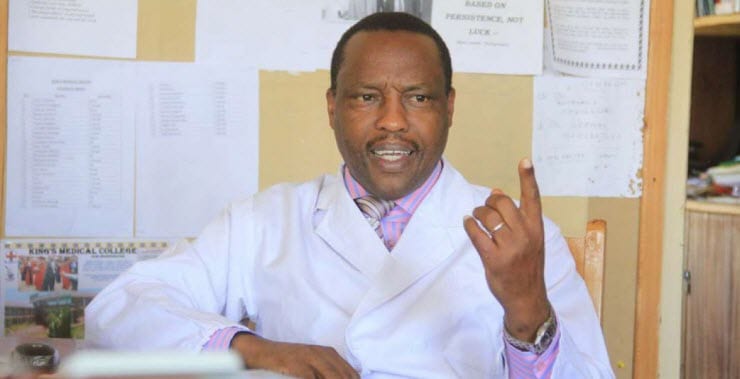 The move followed protests by medics who downed their tools and paralysed services at the hospital demanding the resignation Dr. Njue.

Under the Kenya National Union of Nurses (KNUN), Kenya Union of Clinical Officers (KUCO) and the forum for consultants the medics called for the CEO to resign terming his action to assault the female doctor as “barbaric and uncouth.”

It is alleged that the chief executive assaulted the female doctor on Thursday at the outpatient department in the presence of patients.

Embu County Secretary Johnson Nyaga announced the decision to suspend Dr. Njue and his position taken over by Neurosurgeon and hospital Medical Superintendent Daniel Mugendi Njiru in an acting capacity.

Mr. Nyaga said that a meeting between the county Public Service Board and the Ministry of Health at the county headquarters reached the decision following public outcry promises that investigations into the issue had been launched.

The protesting medics welcomed the suspension by the county government promising to resume their duties and prepare to meet Ministry of Health officials to sort out outstanding issues.

KUCO official Aloysius Njoka who had demanded for Dr. Njue’s sacking for violating public servants ethics act said they will abide by the decision to suspend him.