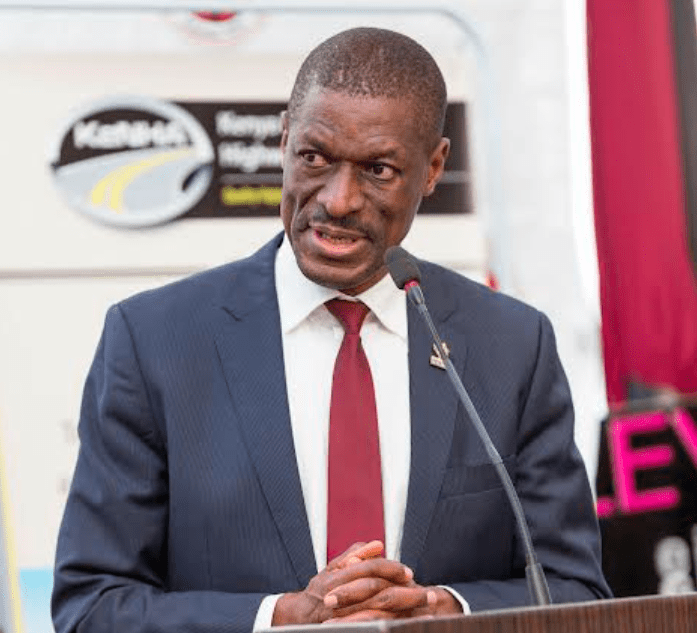 Government and private sector agencies have been urged to strictly retain services of qualified engineers in middle and lower level quality control departments to stem the runaway influx of counterfeit products into the economy.

“A lot of counterfeits still find their way into the country through our porous borders, due to collusion or lack of due diligence as a result of the absence of qualified engineers at lower-level inspection and quality control areas.

Local jobs and investors in the cable industry in Kenya, for example, have greatly suffered at the expense of counterfeit cables finding their way into the local market due to absence of qualified and accredited engineers at critical quality and standards control agencies, to the detriment of the economy,” says the former PS.

While addressing members of the Institution of Kenya Engineers (IEK) during IEK Presidents’ Dinner this past Friday themed “Consolidating the gains in Engineering”, Eng. Cyrus Njiru urged Engineers in Kenya to unite proactively in championing the agenda of professional quality engineering.

This he said will fight economic evils such as counterfeits that are dragging the economy behind, saying Engineers have become an authoritative voice in development projects being undertaken by government and the private sector in Kenya.

According to the former PS, Engineers in Kenya need to be actively involved in policy decisions to optimize the value of development projects in the country.

“We live in a democratic country where we as Engineers can no longer sit and watch others do things the traditional way at the expense of long-term interests the economy. While development project contracts of government of Kenya are always signed with extensive input of the Engineer, our professional involvement must now be engaged even at border and quality control areas to salvage the economy from collapsing under the weight of counterfeit equipment,” he said.

Institution of Engineers of Kenya President Eng. Nathaniel Matalanga called for closer national and County governments collaboration with professional engineering bodies such as Engineers Board of Kenya (EBK) and IEK to benefit the economy and protect the interests of registered
professional Engineers in the country and to save development projects from poor workmanship and counterfeits. He added that sustained policy collaboration is the only way the country’s economy will benefit from engineering projects.

Former PS Njiru also urged enhanced inter-agency cooperation and engagement with professional Engineers. “I thank the Engineers Board of Kenya (EBK) and the IEK President Eng. Matalanga and current IEK Council for making great strides in the pursuit of professional interests of Engineers in Kenya in development projects being implemented around the country,” he said.

The IEK President’s Dinner was held in partnership with The Kenya National Highways’ Authority (who showcased the race to complete the Nairobi Expressway) brought together hundreds of top-notch practicing and eminent professional Engineers in Kenya and globally, including student and graduate Engineers in Kenya who shared various experiences in their areas of work and was sponsored by the Kenya National.

A minute of silence was observed in honour of departed members of the Engineering fraternity in Kenya and their loved ones, with the event held in strict observation of Covid-19 protocols. Only a handful were in physical attendance while thousands of Engineers followed the event live virtually from around the globe.