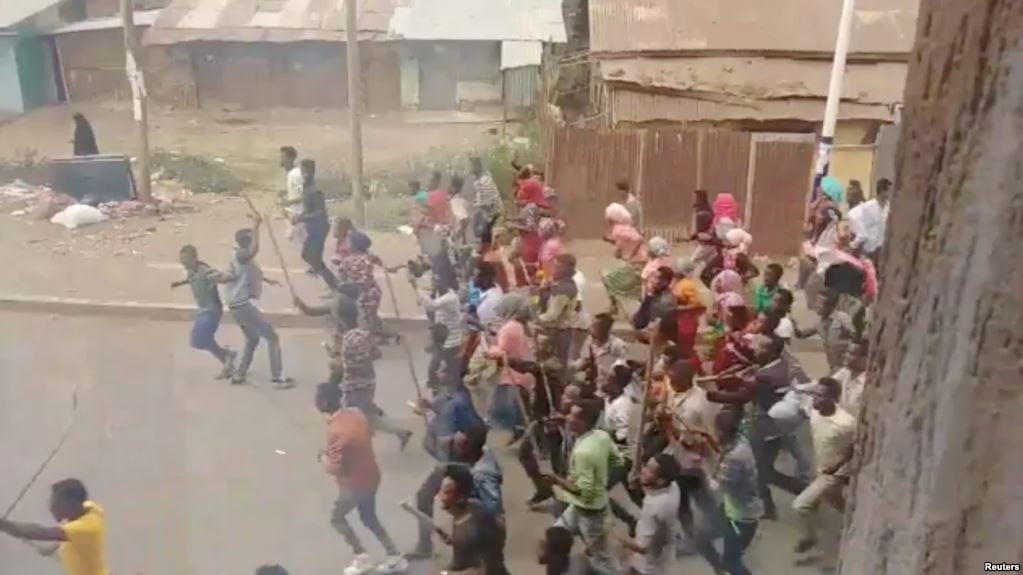 Ethiopia released a senior opposition leader from prison on Tuesday and dropped all charges against him, a day after demonstrators blocked roads and staged rallies in several towns to protest against his incarceration.

Bekele Gerba, secretary general of the Oromo Federalist Congress (OFC), was arrested in December 2015 after mass protests broke out in the Oromiya region over accusations that farmers were being forced to sell land with scant compensation.

He had been held initially on terrorism charges, which were later reduced to charges of incitement to violence.

“He just walked out of prison. We have confirmed that all charges against him have been dropped,” Mulatu Gemechu, a member of the OFC’s leadership told Reuters.

State-affiliated media confirmed that Bekele had been freed along with seven other opposition figures, and that the charges against him had been dropped. Ethiopia’s information minister was not available for comment.

Bekele’s release came amid a three-day strike across Oromiya province, which surrounds the capital, as well as a mass pardoning of dissidents by the government aimed at reducing unrest that has simmered since 2015.

Nearly 6,000 prisoners have been freed since January, mainly people who had been detained for alleged involvement in unrest in Oromiya, or, to a lesser extent, the Amhara region.

Bekele was sentenced last month to six months for contempt of court after he and other opposition members sang a protest song during their trial. Had he not been freed, a verdict on his incitement charge would have been handed down on March 7.

On Tuesday, large crowds marched in various towns in Oromiya and roads remained blocked with large stones, including in the towns of Jimma, Woliso and Legetafo.

Markets, schools and banks remained closed in most of the areas, residents said. Some protesters attacked vehicles.

“Many Oromo politicians remain unjustly incarcerated, such as Bekele,” said one protester in the town of Jimma, who gave his name only as Awol, speaking before news that Bekele had been freed. “All should be released. That is why we are striking.”

Sparked initially by an urban development plan for the capital, unrest spread in 2015 and 2016 with demonstrations against political restrictions and human rights abuses.

Rights groups say hundreds have died in the violence.

Ethiopia is often accused of using security concerns as an excuse to stifle dissent, as well as suppressing non-governmental organizations and the media, which the government denies.