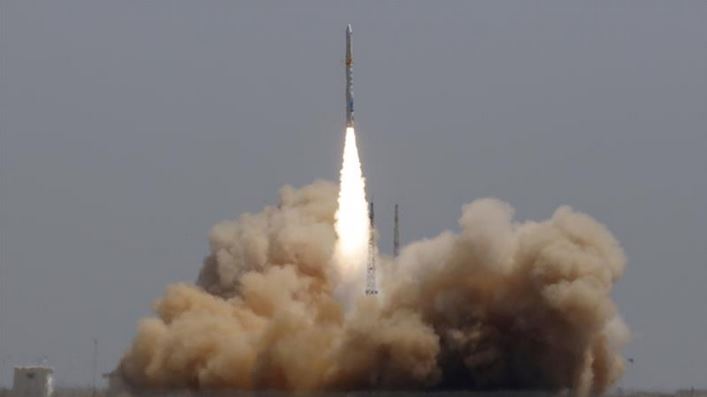 Ethiopia on Friday launched its first satellite into space in an attempt to develop programs to advance their development goals and encourage scientific innovation.

Government officials and members of the public arrived at the Entoto Observatory and Research Center north of the nation’s capital to witness the making of history.

“This will be a foundation for our historic journey to prosperity,” said Deputy Prime Minister Demeke Mekonnen in his remarks before the launch.

Ethiopia’s actions follow the adoption of a policy by the African Union in 2017 where it was declared that venturing into space could be very instrumental for the continent’s economic progress.

According to Al Jazeera, the newly launched satellite – specified as a wide-range, multi-spectral, remote sensing microsatellite – will be used for weather forecast and crop monitoring.

”Space is food, space is job creation, a tool for technology… sovereignty, to reduce poverty, everything for Ethiopian to achieve universal and sustainable development,” said Solomon Baley, Director General of the Ethiopian Space, Science and Technology Institute.

The project was a collaboration between China and Ethiopia whose engineers worked to build the satellite at a cost of more than $7 million (Ksh.700 million) with the Chinese government footing $6 million (Ksh 600 milion) of the cost.

Xinhua news reports that the satellite weighing 65 kilograms has a 2 year life span and will be instrumental in collecting useful data to monitor agriculture and predict weather patterns to avert national disasters.