Ethiopian Jews Protest for Right to Immigrate to Israel 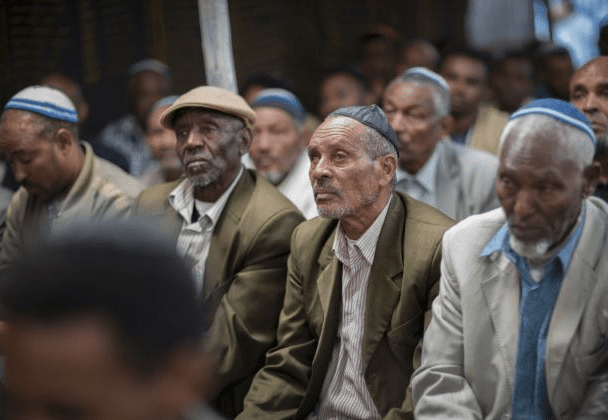 Hundreds of Ethiopian Jews gathered in the country’s capital Addis Ababa on Monday to protest the Israeli government’s refusal to allow all of them to immigrate to Israel, which they say has split families between the two countries.

About 135,000 Ethiopian Jews live in Israel, many of whom are related to the nearly 8,000 still awaiting permission to perform “aliya,” or Jewish immigration. Last October, the Israeli government made plans to bring over 1,000 people — but only one family has been allowed into the country since then.

Israel has been absorbing Ethiopian Jews by the thousands since the late 1970s through immigration and covert government missions that have secretly smuggled them out of Africa. In recent years, regulations slowed the flow of African migrants into Israel, and then stopped it completely.

Israel doesn’t consider them Jewish under religious law. They are descendants of Ethiopian Jews who were forcibly converted to Christianity around a century ago, and the Israeli government views bringing them to Israel as family reunification, rather than “aliya.” Until 2013, only Ethiopians with maternal heritage, a traditional way of identifying Jews, were allowed into the country.

“At least 70 percent [of the roughly 8,000 awaiting permission], and I think it’s higher than that, probably closer to 80 percent, have direct, first-degree relatives in Israel,” Rabbi Jerome Epstein, president of the North American Conference on Ethiopian Jewry, told VOA News. “If the people who’ve made aliya were Jewish, then these people are Jewish, too.”

Critics charge that the government’s reasoning is actually thinly-veiled bigotry.

“I’m not saying the government is racist, but I do think there are people who would prefer to see white people who look like them being brought over,” Epstein said.