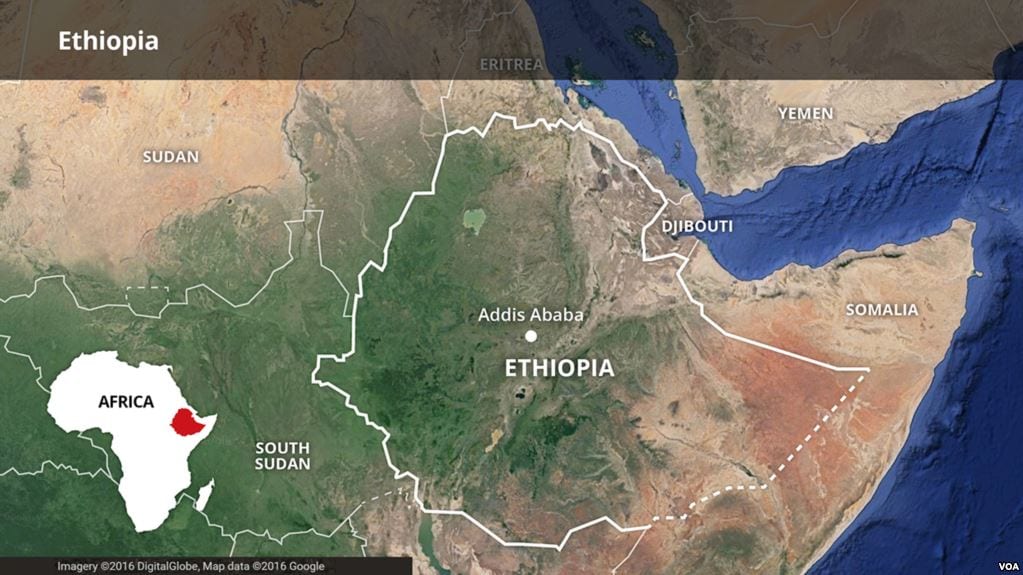 Ethiopia’s ruling coalition is expected to meet this week to choose a new Prime Minister, most likely from the populous Oromo ethnic group to try and dampen the discontent behind recent anti-government demonstrations.

The change in leadership follows the surprise resignation of Prime Minister Hailemariam Desalegn last month. He is the first ruler in modern Ethiopian history to step down; previous leaders have died in office or been overthrown. He said he wanted to clear the way for reforms.

The international community is closely watching the developments in Africa’s second most-populous nation which has a booming economy and is a staunch Western ally in the fight against Islamist militancy.

The coalition is made up of four region-based parties but is dominated by the Tigrayan People’s Liberation Front. The Tigrayans are a much smaller ethnic group than the Oromo who are from Ethiopia’s most populous Oromiya region and have long complained of being sidelined from political power.

Their criticism of a government development plan for the capital Addis Ababa in 2015 sparked wider anti-government protests that spilled over into attacks on foreign-owned businesses in 2016. This plunged the country into an crisis and there are still sporadic protests.

“Our people should take a leadership role because this is a moral question. Our people want this. We want this,” Lemma Megersa, the Oromiya region’s president, said in a speech last month.

Global strategy companies including Teneo Intelligence and Eurasia Group have been predicting an Oromo prime minister as the most likely candidate because it would help tamp down protests.

The government has declared two states of emergencies as it tries to calm the political unrest. Since the first one ended in August, it has introduced a series of conciliatory steps, including the release of more than 6,000 prisoners this year.

One frontrunner for the leadership of the ruling Ethiopian People’s Revolutionary Democratic Front (EPRDF) is Abiye Ahmed, according to the Eurasia Group. He was chosen last week to lead the Oromo People’s Democratic Organization, one of the coalition parties.

The multilingual official holds a doctorate in peace and security from Addis Ababa University and served in the military.

He set up a government intelligence agency that increased online surveillance before serving as cabinet minister for science and technology, government media outlets have reported.

Diplomats will be watching closely.

“The government needs to continue to release detainees and open the political system by allowing more room for civil society and a freer press,” said David Shinn, a former U.S. ambassador to Ethiopia.

Opposition leaders say they want more than prisoner releases. They want the government to reform the strict laws that sent them to jail in the first place.

Those include laws passed in 2008 and 2009, including an anti-terror law with a vague definition of offenses and another that limited foreign funding for pro-democracy groups. Human Rights Watch has said the legislation was being used to criminalize free expression and peaceful dissent.

“There are laws that the government uses to stifle peaceful activity,” said Bekele Gerba, a former Addis Ababa University lecturer and opposition party leader who was among the thousands of prisoners freed this year.

Bekele, who suffered a stroke during his incarceration, told Reuters that he spent two years confined in a small windowless cell with no bed.

There are no opposition lawmakers in Ethiopia’s 547-seat parliament.

Since toppling military leader Mengistu Haile Mariam in 1991, the ruling EPRDF coalition has been dominated by the Tigrayan People’s Liberation Front. Tigrayans account for about six percent of the population. Oromos make up 36 percent.

This resentment contributed to the anger behind the protests, Daniel said.

“There are legitimate public discontents that fueled the protests. But these protests were … at times accompanied by ethnic attacks, which ranges from physical attacks to arson to eviction,” said Daniel.

The government needs to quell the discontent to avoid further protests that could fan ethnic tensions, said Abdul Mohammed, a political analyst and former government advisor.

“Today, our political discussions are conducted almost entirely in the language of ethnic identity: which group benefits, and which doesn’t,” he wrote in a commentary sent to Reuters.

Former ambassador Shinn said making sure everyone benefits from Ethiopia’s boom would go a long way toward defusing protests.

“The current government deserves high marks for its economic progress,” he said. “But the time has come to ensure this progress improves all parts of society.”