EU, AU signal support, but no acclaim, for Congo president-elect 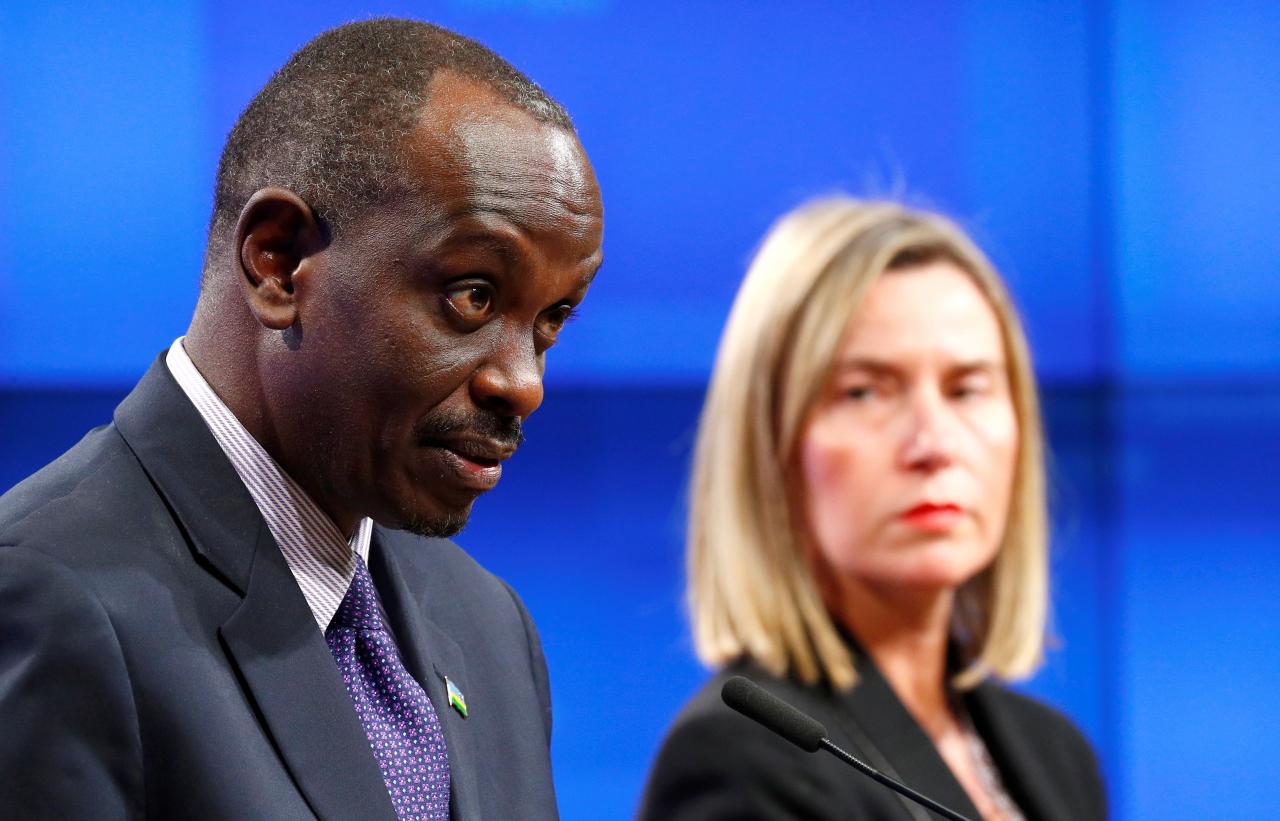 European and African leaders said on Tuesday they would work with Democratic Republic of Congo following Felix Tshisekedi’s heavily disputed presidential election win, but pointedly refused to congratulate him.

Their response after a meeting in Brussels to the Constitutional Court’s certification this weekend of Tshisekedi’s win marked a frosty contrast to the hearty congratulations offered by some individual African leaders.

Tshisekedi narrowly defeated another opposition leader, Martin Fayulu, in the Dec. 30 election. But Fayulu says he actually won with more than 60 percent of the vote and the AU last week expressed “serious doubts” about the credibility of the official results.

Asked at a news conference about the election, both the European Union (EU) and the African Union (AU) said they had “taken note” of the Constitutional Court’s decision but did not explicitly say they recognised Tshisekedi as the winner.

“The challenge of the new president is a large one on many issues,” said EU foreign policy chief Federica Mogherini, flanked by AU representatives.

“We think all this requires that the president must be a unifying force,” she said.

Rwanda’s Foreign Minister Richard Sezibera, who represented the AU at the meeting, also noted the court’s decision and said the bloc “remains committed to working with the people of the DRC”.

The European and African leaders at the news conference sidestepped questions about whether they would attend Tshisekedi’s inauguration on Thursday. He is due to become the first Congolese head of state to take power through an election since independence leader Patrice Lumumba in 1960.

Regional approval of Tshisekedi’s victory is crucial for the incoming president, who faces steep challenges boosting development and stamping out persistent militia violence along Congo’s eastern borders with Uganda, Rwanda and Burundi.

Despite their largely tepid response to Tshisekedi’s victory, African and Western powers have toned down their sharper earlier criticisms of the vote.

Foreign powers have overlooked alleged irregularities in previous Congo elections for the sake of ensuring relative stability in a country where two wars in the 1990s and early 2000s sucked in other regional armies.

Tshisekedi will succeed Joseph Kabila, who has governed since succeeding his assassinated father in 2001.

The United States has yet to take a position on the final result, but the senior Republican on the House Subcommittee on Africa, Republican Chris Smith, said in a statement on Monday that it was clear Fayulu had won the election.

“If Tshisekedi is installed this week notwithstanding the tainted results, the United States should not hesitate to apply visa denials, sanctions and other tools against those complicit in election fraud,” he said.