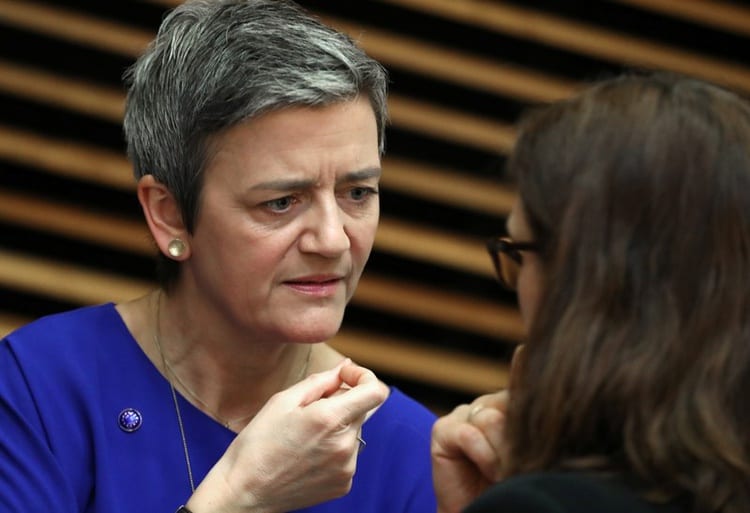 Siemens and Alstom’s plan to create a European rail champion collapsed on Wednesday after EU antitrust regulators rejected the deal, saying that it would have hurt competition and led to higher prices for consumers.

The European Commission also blocked a bid by German copper company Wieland-Werke AG to buy a business unit from Aurubis, Europe’s biggest copper smelter, because it could have pushed up consumer prices.

The two vetoes are likely to spur efforts by France and Germany to loosen EU competition rules so as to take a more global than solely European view of mergers and potentially to allow EU ministers to have a say.

Proponents of the bloc’s strict merger regime, however, argue that such changes could lead to opaque and unpredictable rules.

Siemens and Alstom wanted to combine their rail operations to compete more effectively with China’s state-owned CRRC Corp Ltd on the global stage, a move backed by the French and German governments which promoted the creation of industrial champions.

However, European Competition Commissioner Margrethe Vestager said she blocked the deal to protect competition in the European railway industry.

“Without sufficient remedies, this merger would have resulted in higher prices for the signaling systems that keep passengers safe and for the next generations of very high-speed trains,” she said.

She said the companies in both deals were not willing adequately to address the regulator’s serious competition concerns and concessions fell short.

Alstom is the manufacturer of France’s signature bullet train, locally known as the TGV. The rolling-stock maker also sells urban and suburban trains as well as signaling systems.

Canada’s Bombardier said it was pleased with the Commission’s decision.

“It would have severely undermined the health and competitiveness of the whole European rail market, leaving European consumers, both as rail users and tax payers, to pay the price,” said Daniel Desjardins, Bombardier general counsel and company secretary.