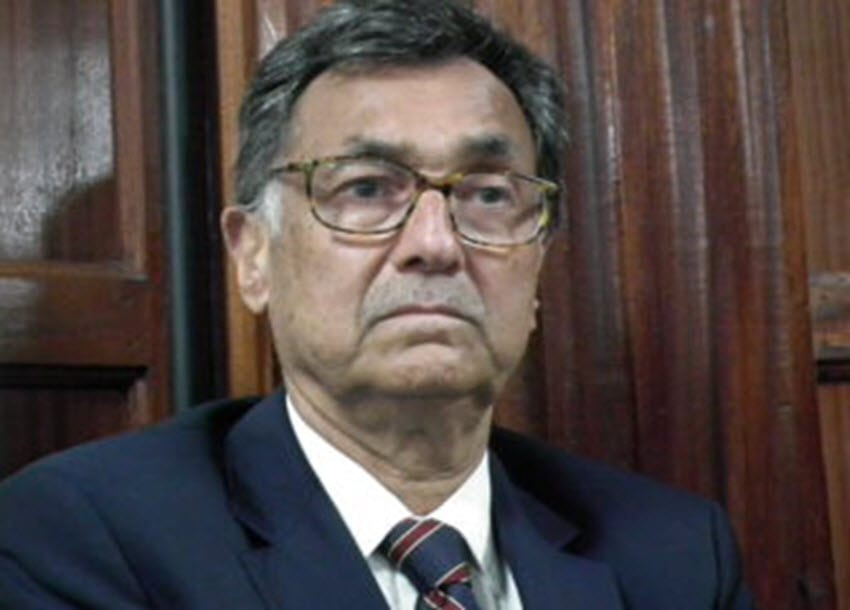 Former Chase Bank Chairman Mohammed Zafrullah Khan and other directors accused of conspiracy to defraud the bank of over Ksh.1.6 billion have been charged afresh.

This is after the prosecution amended the charges in count two of the charge sheet against Mohammed Zafrullah Khan, Makarios Agumbi, James Mwenja, and Dancun Kabui.

The prosecution also pressed another alternative charge of stealing by directors contrary to the law.

They are accused that, on similar dates, being directors of Chase Bank, they allegedly stole Ksh.483,328,000.

In the first count, the prosecution claims that the directors, together with others, defrauded the bank by alleging that they had cleared Ksh.1.6 billion loans to various companies.

“Between August 2009 and March 2016 at Chase Bank headquarters in Nairobi, you conspired, with intent to defraud the bank, by pretending that the disbursement of Ksh.1.6 billion had been transferred from internal account of Chase Bank to the accounts of Camelia Investments Limited, Cleopatra Holdings Limited, Golden Azure Limited, and Colbrook Holding Limited,” reads the charge sheet.

Through their lawyer Cecil Miller, Amira Claudia Wagner Khan and Mohammed Nasrullah Khan asked the court to grant them a lenient bail term saying they are facing two counts and that one of them is unwell.

“I pray that the bond terms against them be reduced,” said Miller.

Magistrate Martha Mutuku reduced the bail terms to a cash bail of Ksh.500,000 each.

She said that since the two accused face only two charges, she will consider their application.