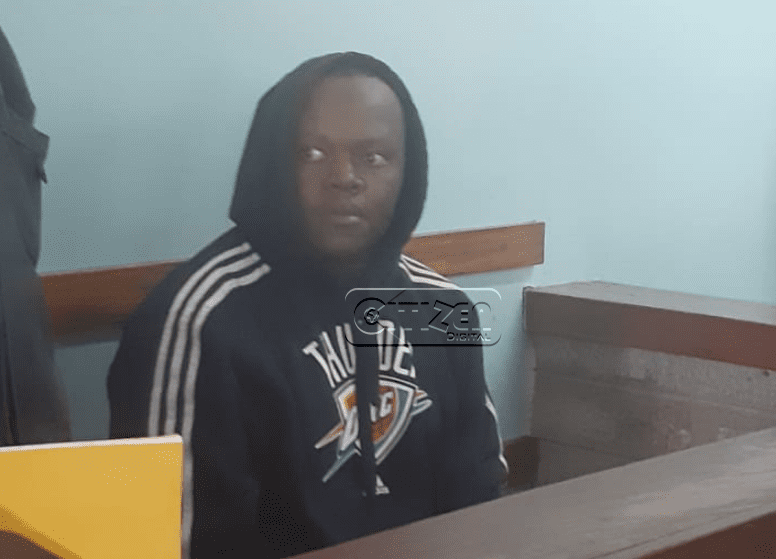 Former KDF officer Peter Mugure, the main suspect in the murder of his wife Joyce Syombua and their two children, on Wednesday appeared before a Nyeri court virtually.

Appearing before Magistrate Florence Muchemi on the first day of the hearing, Mugure submitted an application seeking to represent himself in the case.

The suspect has, since his arrest, been represented by three lawyers namely Cliff Ombeta, Kimani Njuguna and later Kariuki Runo.

He however now wants no lawyer to represent him, instead seeking to stand-in for himself.

The suspect will appear back in court on April 11, 2021 when the application will be heard and determined.

Mugure was arrested in November 2019 after the bodies of Syombua and their children Shanice Maua and Prince Michael were discovered buried in a shallow grave.

The deceased had been reported missing on October 25, 2019 after visiting the then army officer in Nanyuki.

Mugure had previously been ordered by a court of law to pay maintenance costs for his children after DNA tests were carried out to prove paternity.

After they went missing, Mugure who was then stationed at the Laikipia Airbase, was questioned by the DCI and confirmed that he had picked them up from the main bus stage.

He told detectives that they all spent the night at the Airbase.

It was alleged that they remained at the base until 3pm the next day before proceeding to Kirimara Springs Hotel where they had late lunch and possibly a family night out.

He was arraigned in a Nyeri court on February last year where Justice Jairus Ngaah denied him bail ruling that he remains in custody throughout the trial.

Justice Ngaah said he was satisfied that the State had supplied enough evidence to warrant the denial of bail over allegations that the suspect attempted to interfere with a witness through a proxy.