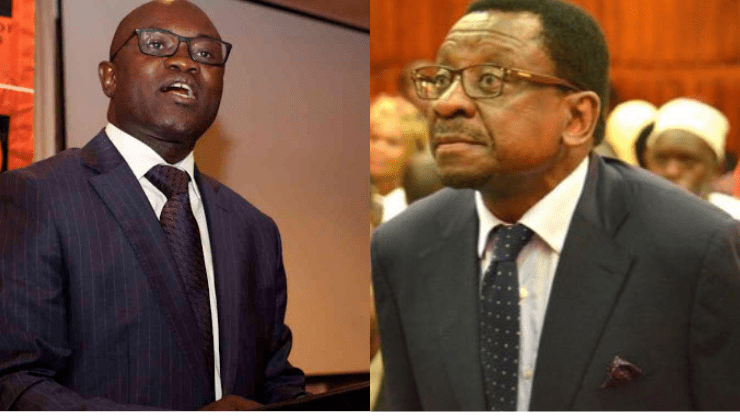 This comes after Mr. Ochieng was blamed for a recent attack on the convoy of the Orange Democratic Movement (ODM) candidate in the by-election, and present Ugenya MP Chris Karan.

The MP’s vehicles were reportedly attacked while on their way to Sihayi trading center in East Ugenya Ward.

Mr. Karan has since pointed fingers at Mr. Ochieng, the Movement for Democracy and Growth (MDG) party leader, accusing him of using intimidation and threats to scare his supporters ahead of the Friday by-election.

However, addressing the press in Ukwala on Monday, the ex-legislator accused Mr. Orengo – who is heading ODM campaigns for Mr. Karan – of being behind the attack and plot to pin it on him.

“James Orengo has decided to make this campaign a personal war between me and him, I am certain that he’s the one who organized these chaos that are going on,” said Mr. Ochieng.

“If I’m wrong then let him answer me; Orengo is the one who is funding violence in this constituency because he thinks that if I win the election, he would’ve lost the election himself.”

He added: “The place where people were being beaten up was behind Orengo’s home. He beat up his own people, and so he cant blame it on me. How comes there’s not been violence since the campaign started?”

All the four candidates for the by-election were on Monday summoned by the Independent Electoral and Boundaries Commission (IEBC) for an emergency security meeting concerning the incident but only the front runners — Mr. Karan and Mr. Ochieng — showed up.

Mr. Ochieng, however, arrived over two hours late saying he had to be assured of his security first before showing up for the meeting.

“I didn’t come here early because I almost got killed here 5 years ago when my opponent (Karan) hired goons and came with machetes and pangas, and I was marooned here for 7 hours,” he stated.