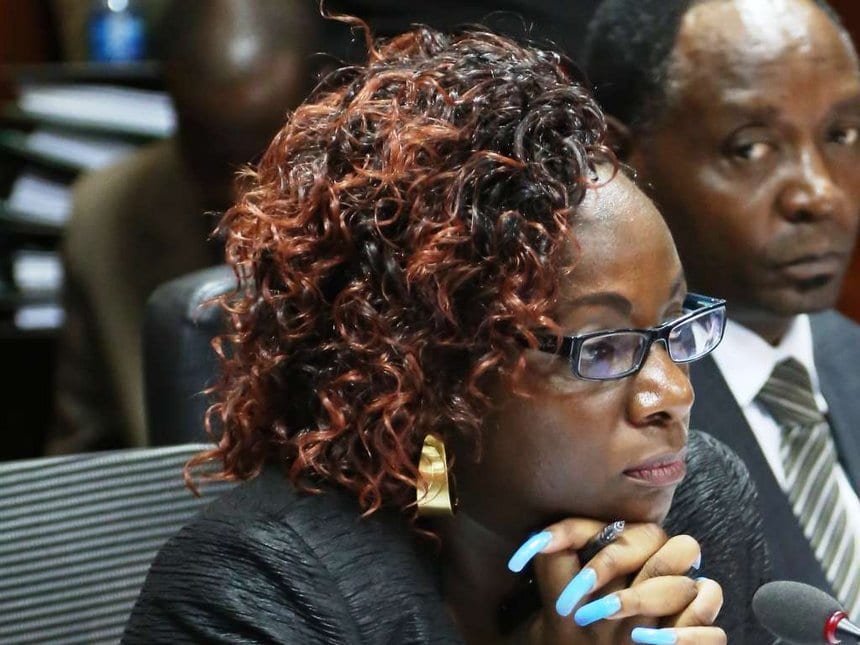 Confirming the incident, Nairobi Police Commander Japheth Koome said that Ms Namuye collapsed and died at her home in Kileleshwa on Wednesday morning.

According to Koome, police were alerted by neighbours who reported to have heard people screaming from Catherine Namuye’s house at around 11am.

Police and medics who responded to the alarm said they did not see any physical injuries on her body, which was taken to the Lee Funeral Home awaiting a postmortem examination.

Ms Namuye was facing 12 counts of corruption charges alongside former Youth Fund board chairman,Bruce Odhiambo. They were last year charged alongside directors of Quorandum Ltd, Mukuria Ngamau and Doreen Waithera.

Catherine Namuye and Bruce Odhiambo were accused of receiving kickbacks to facilitate unlawful payment of Ksh180 million from the Youth Enterprise Development Fund to Quorandum Limited for services not rendered.