Factbox: The Thai princess who gave up her royal title for love 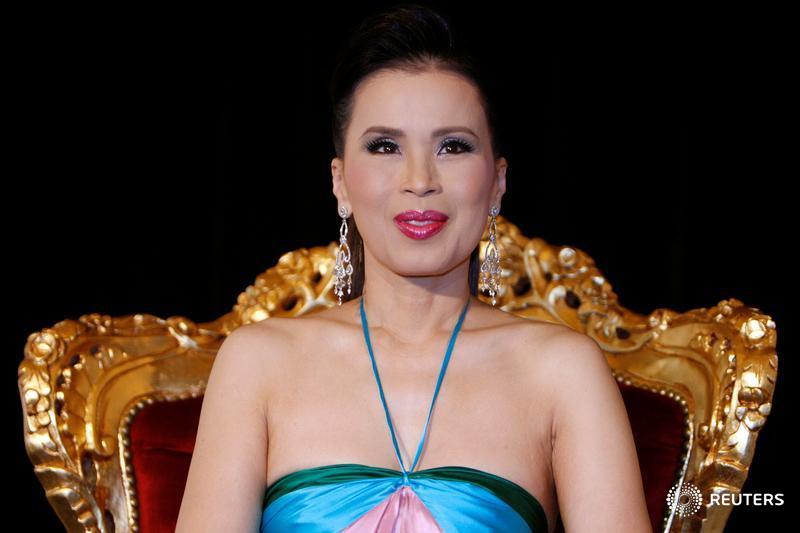 The elder sister of King Maha Vajiralongkorn has been declared a leading prime ministerial candidate for a party loyal to ousted prime minister Thaksin Shinawatra in a March 24 general election, the party said on Friday.

The unprecedented move to nominate Princess Ubolratana, 67, breaks the long-standing tradition of Thai royalty staying out of politics.

She would face off against the leader of the ruling military junta, Prime Minister Prayuth Chan-ocha, who announced his candidacy on Friday.

1951: Ubolratana is born in Lausanne, Switzerland, the first child of King Bhumibol Adulyadej and Queen Sirikit while her father was studying science at the University of Lausanne. She is given the title Her Royal Highness, Chao Fa (lady of the sky) before the family moves back to Thailand in December that year.

1960s: In her teenage years, she shared her father’s love of sports and became his favorite partner in tennis, badminton and small-boat sailing. The pair shared a gold medal in sailing at the Southeast Asian Games in 1967.

1969: The princess set off for Boston to study nuclear physics at the Massachusetts Institute of Technology (MIT).

1972: She meets and marries American MIT classmate, Peter Jensen. She relinquishes her royal titles as required by marrying a foreigner.

1973: Ubolratana graduates MIT with a bachelor’s degree. She later settles in southern California taking the name Julie Jensen. She has three children with Jensen and does not return to Thailand for eight years.

1975: She receives a master’s degree in public health at the University of California, Los Angeles.

1991: Ubolratana appears more frequently in the limelight on Thai magazine covers, society parties and fashion events. She does not recover her full titles but is treated as a full princess, with staff prostrating themselves at her feet.

1992: She founds the Ubolratana Foundation under patronage of the Queen, which supports children orphaned by HIV-related illnesses.

1998: Ubolratana and Jensen divorce and she brings their three children back to Thailand and resumes royal duties. The children receive Thai citizenship and are treated as royals.

2001: Ubolratana and her children permanently return to Thailand. She is referred to as “Tunkramom Ying” meaning, “Daughter to the Queen Regent”.

2002: Ubolratana launches “To Be Number One” under royal patronage. The initiative is anti-drug campaign for at-risk youth and teens. She chairs the foundation, occasionally singing and dancing at awareness-raising programs.

2003: Ubolratana stars as a princess in a soap opera set in the Ayutthaya period, “Kasattriya”.

2004: Ubolratana’s son, Poomi, is killed in the Indian Ocean tsunami.

2008: She makes silver screen debut with “Where the Miracle Happens”, a film based on a novel she wrote in which she stars as a businesswoman who becomes a volunteer teacher.

2016: King Bhumibol Adulyadej dies in October and her brother assumes the throne later in the year. Ubolratana and Thaksin’s daughter exchange messages of support on social media during the late king’s mourning period.

2018: Pictures of Ubolratana, Thaksin and his sister, former prime minister Yingluck Shinawatra, at the World Cup in Russia appear on social media

Feb. 8, 2019. A Thaksin-linked party nominates Ubolratana as candidate for prime minister for a general election set for March 24.