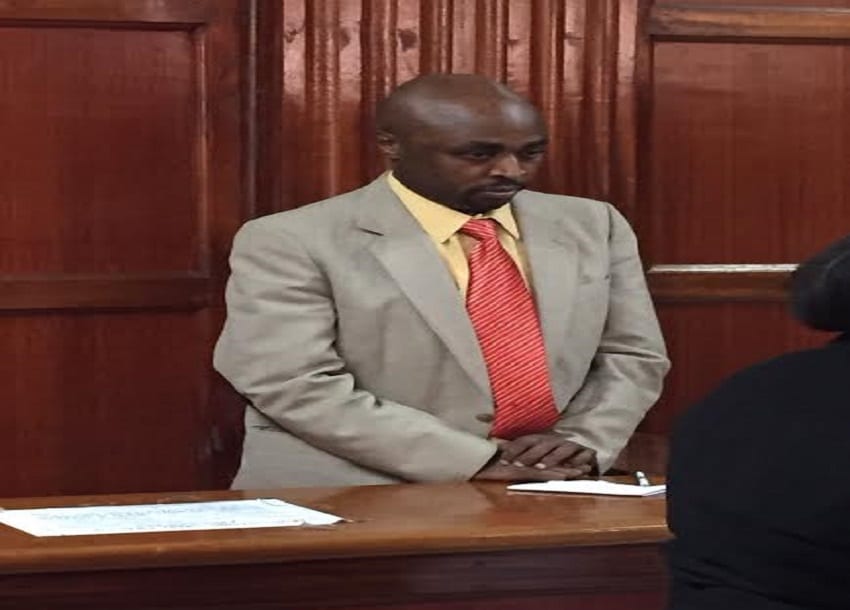 The court has granted investigating officers seven days to hold Mugo Wa Wairimu as they finalize investigations into the case where he is accused of sedating and raping his female patients and masquerading as a gynaecologist.

The rogue doctor, before Resident Magistrate Edda Agadi, did not take plea after the office of the Director of Public Prosecutions requested for more time to conclude their investigations.

According to the prosecution, there are two key witnesses who are yet to record statements.

The government’s analytical laboratory is also yet to submit DNA results of extracted from samples collected at Mugo’s clinic.

Mugo will be detained at a police station within Nairobi and will be back in court on October 2nd when he will take plea.

Ten days ago, detectives from the Serious Crimes Unit inspected the clinic belonging to Mugo in Nairobi’s informal settlements of Githurai.

That was the first time detectives had investigated Prestige Healthcare premises following an expose by Citizen TV that showed Mugo sedating and raping a woman at the clinic.

Several women have come out since the expose to narrate their ordeal in the hands of the quack medic.

In mid-September, reports indicated that Mugo had been taken to Mathare Mental Hospital for a checkup.

14 days ago, he was detained as police tried to conclude investigations into allegations that he drugged and raped his patients.

Senior Principal Magistrate Charity Oluoch had advised police to apply for more days should they fail to complete investigations within the scheduled time frame.

The prosecution had requested for 30 days to extract the alleged doctor’s mobile phone records, reports from the Communications Authority, Cyber Crime Unit, the Kenya Medical Practitioners and Dentist Board as well as to protect him from the wrath of the public.

Mugo’s lawyer did not object to the detention.

He was arrested at a hotel in Limuru following a tip off from a member of the public.