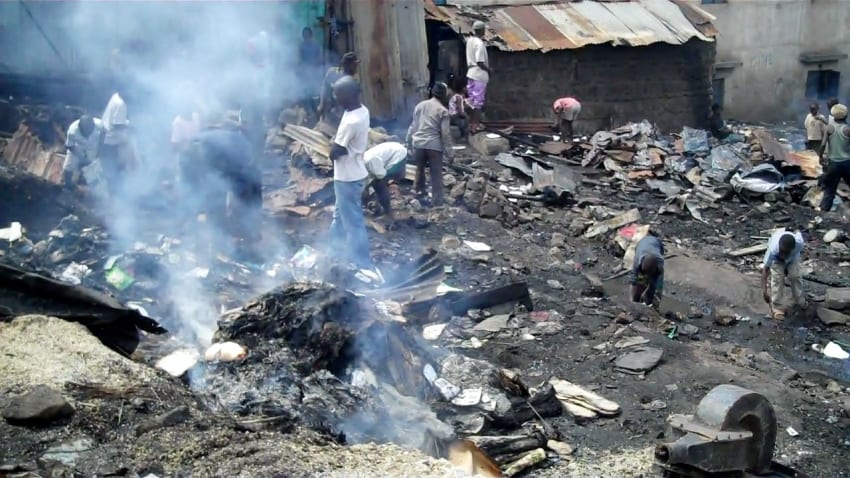 At least ten families in Malalani Village, Kwale County will spend the night in the cold after their houses were allegedly torched by police officers and mango and coconut trees on their land cut down.

The police are alleged to have been acting on a directive by a private developer who is said to claim ownership of the land where squatters of the settlement scheme live.

The affected people, who blame the developer for their woes, now want the government to act with speed and resolve the issue.

Mr Salim Chilungu, one of the squatters, said they were each allocated five acres of land in 1977 but the developer has visited the area three times burning houses each time.

“Last year they just came from nowhere and torched four of our houses. It really pains me that as it happens no leader has come forward to fight for us,” he said.

Mr Chilungu explained that a few years ago when they went to search for their title deeds they were told to wait but later on found out that the land was bearing other peoples’ names.

“They came here and broke our house, burnt it and went ahead to cut all the trees on the farm,” she said.

She added that during the incident she also lost clothes and school uniforms belonging to her children.

“I have stayed here for around 50 years cultivating this land. I hear that she has bought this plot but she would have just approached us in a good way,” she added.

Ms Saumu noted that although the incident has happened severally, this was the most severe as they have also lost their domestic animals.

“Last year they came and did the same. Right now the damage has been bad. My cows, chicken, and eggs have also gone,” she said.

Mr Juma Kururushi, another resident, said they have really been haunted for a long time and asked authorities to intervene before matters get worse.