Family of murdered Kianjokoma brothers say they are 'waiting for justice' 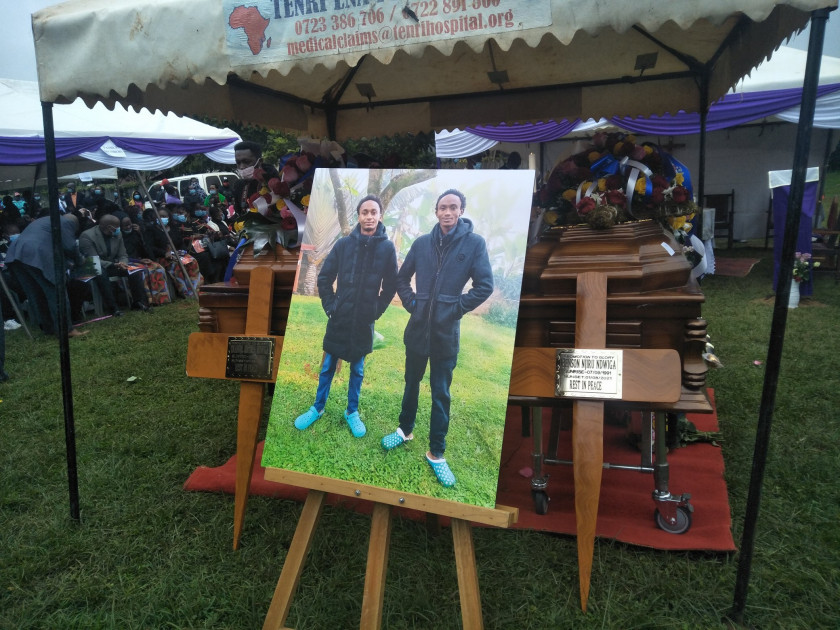 It has been four months since the murder of two brothers, Benson Njiru and Emmanuel Mutura in the Kianjokoma area of Embu county.

The family of the two victims of alleged police brutality, who are yet to come to terms with the loss spoke to Citizen TV on Saturday, and are now hoping that justice will prevail.

Their father, is still reminiscing the memories and moments that he created with his two sons whom he refers to as ‘my buddies’.

“These boys were brought up in the catholic faith.. We have asked God to intervene, the memories we shared, we shared so many things, those boys were my buddies,” John Ndwiga, the father of the two said.

On Sunday, August 1, Njiru and Mutura were arrested outside their family shop in Kianjokoma shopping centre for allegedly breaking the 10pm-4am curfew.

A search for the missing brothers ended in grief on Tuesday, August 3, when the boys’ bodies were found at the Embu Level 5 Hospital morgue.

Felix Nthiga, the deceased's uncle, claimed that Njiru and Mutura were detained by officers from the Manyatta police station.

Mutura had just graduated from the Don Bosco Boys Training Institute with a Certificate in Electrical and Solar Engineering, while Njiru was a first-year Bachelor of Laws student at Kabarak University.=

The deceased’s family says they learnt that the boys’ bodies were found at Kibungu shopping centre, 10 kilometres from where they were arrested on Sunday night.

The siblings’ father, John Ndwiga, said he believed police were responsible for his children’s deaths.

“I viewed their bodies and I could tell they were physically assaulted. Their faces were swollen and had bruises,” he said.

Meanwhile, Six police officers arraigned over the murders are set to appear in court again on January 25, 2021.

They pleaded not guilty before justice Daniel Ogembo.