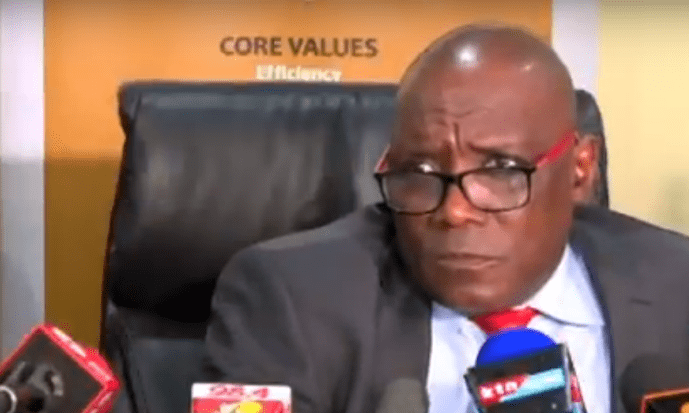 The six year term of commissioners at the National Lands Commission (NLC) has officially lapsed but their departure has literally left a shell.

The exit of the Mohammed Swazuri-led team has left the commission exposed with fears of a paralysis since most of the members of the secretariat and senior managers are in an acting position.

From her current CEO, her deputy, the finance director, the legal director and the director in charge of valuation and taxation among others.

According to sources, with the remaining officials not statutorily recognized, not much can be done by the commission except pay salaries.

Part of what has been left pending is the ongoing processing of title deeds for all public schools in line with the presidential directive, the controversial SGR land compensation and the valuation of the land on which Weston hotel sits on.

On the matter of Weston, Abigael Mbagaya defended the commission’s decision not to demolish the hotel despite sitting on illegally acquired land, saying alternative means of resolving land disputes should be adopted.

The commissioners have however defended their term in office despite a myriad of corruption allegations that rocked the commission coupled with constant infighting.

“Many Kenyans who did not have money to pay lawyers and go to court thank us for saving their land…,” said Abigael Mbagaya- Vice Chair NLC.

This exit report they presented to the parliamentary lands committee outlining their achievements and challenges over the last 6 years with chairman Prof. Muhammad Swazuri’s pending court case not even allowing him to share in the glory.

“Why did you go chasing after papers on compulsory acquisition, what happened to historical injustices?” queried Cate Waruguru-Laikipia Woman Representative.

Some proposals have been made that the terms of commissioners in independent commissions be staggered to ensure there is no such crisis.

As per the law, President Uhuru Kenyatta is expected to within 14 days after the exit of the commissioner nominate a selection panel that will vet the new commissioners, a process that is set to take some three months.

The question that begs is that should the lands ministry take over the activities of the NLC until the commission is properly constituted and what is the fate of the over 10,000 cases pending before the commission?