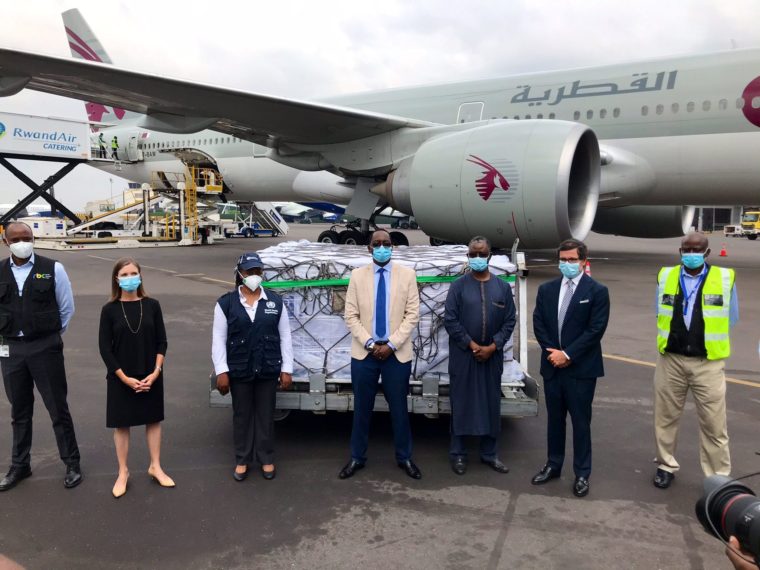 The first doses of the Pfizer COVID-19 shots to be dispatched to Africa under the global COVAX vaccine-sharing scheme arrived in Rwanda on Wednesday.

This as efforts to inoculate the world’s poorest nations accelerate.

The batch of 102,960 doses arrived in Kigali hours after a flight carrying 240,000 doses AstraZeneca vaccine produced by the Serum Institute of India also landed.

Rwanda President Paul Kagame said on Twitter: “It’s been long wait, some better prepared and more ready.. not to mention sm ‘more equal than others’ BUT certainly all of us in urgent NEED. Now good NEWS to see COVID-19 Vaccines arrive in Africa starting with Ghana…this morning in Rwanda & more. Thanks COVAX.”

The Rwandan government has installed special infrastructure to keep the vaccine at -70 degrees.

“Rwanda is one of the first countries among the low income countries to have ultra-cold chain,” said Fode Ndiaye, the United Nations’ resident coordinator.

Rwanda plans to start its vaccination drive on Friday, prioritising frontline health workers and others at high risk. It hopes to vaccinate 30% of its roughly 12 million people before the end of this year. 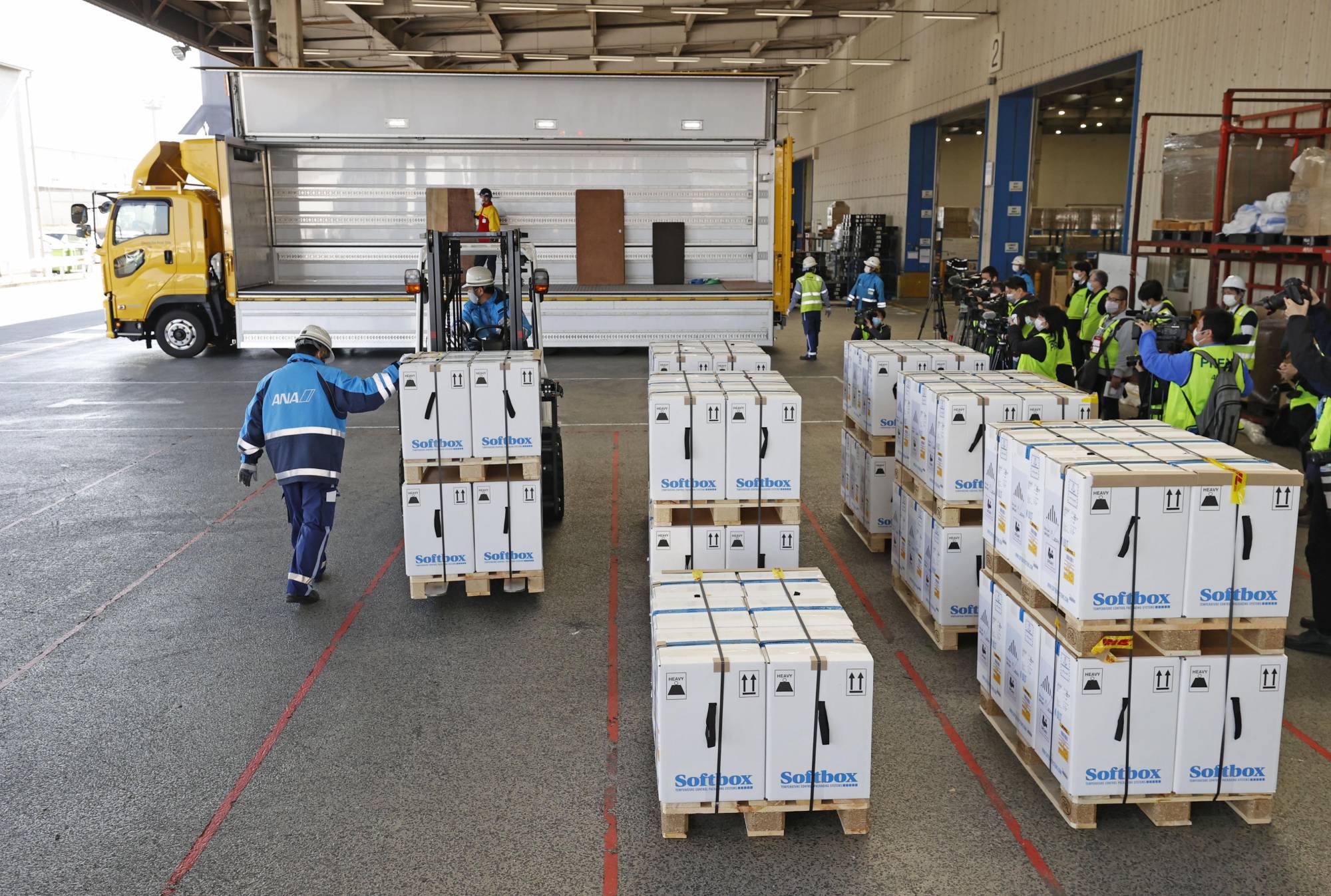 Kenya and Nigeria received Covid-19 vaccines on Tuesday as part of the global COVAX program.

The vaccine scheme’s mission is to buy coronavirus vaccines in bulk and send them to poorer nations that can’t compete with wealthy countries in securing contracts with the major drug companies.

Kenya’s first batch of 1million doses arrived on a Qatar Airways passenger flight on Tuesday night. It is the first of an initial allocation of 3.56 million doses by the global COVAX facility.

“We have received … machine guns, bazookas, and tanks to fight this war against COVID-19,” Health CS Mutahi Kagwe exulted as the doses arrived at the Jomo Kenyatta International Airport.

Kenya, which has so far recorded 106,801 infections and 1,866 deaths from the virus, has taken a major economic hit from the virus, which cut the flow of tourists, a crucial source of foreign exchange and jobs.

The Government plans to prioritise 400,000 health workers nationwide in a vaccination campaign starting on Friday, the health ministry said.

Kenya will join Ivory Coast, Ghana and South Africa among the nations in sub-Saharan Africa to start vaccination drives.

With fewer resources and tougher logistics than other regions, African nations are racing to secure the doses needed to protect their roughly 1.3 billion people and allow the safe reopening of economies.

Africa has been relatively lightly hit by the coronavirus relative to other regions, recording 104,000 deaths, according to a Reuters tally.

That is lower than national tallies in the United States, India, Brazil, Russia and Britain.

COVAX, which is led by the GAVI vaccines alliance along with the World Health Organization (WHO) and other partners, aims to deliver over 1.3 billion doses to 92 lower- and middle-income countries, covering up to 20% of their populations.

Backers of the initiative hope to level a playing field that has seen wealthier nations quickly vaccinate millions, ahead of poorer regions. Only a few African nations have started inoculating citizens with vaccines acquired outside of COVAX.

First shots under COVAX are arriving at several African nations this week, including Senegal and Uganda.