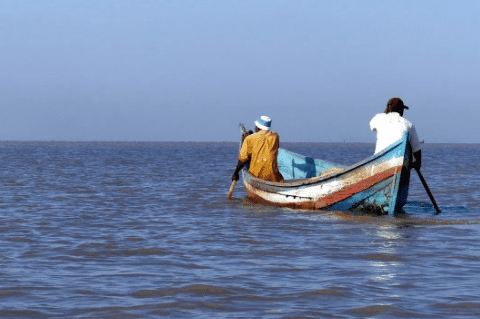 Fishermen at Litare beach in Rusinga Island, Homa Bay County discovered five explosives while on a routine fishing expedition in the waters of Lake Victoria.

The bombs were discovered by a group of fishermen who went to fish near Ngodhe Island after they pulled a heavy metallic box containing the explosives, which they caught using an anchor.

Litare Beach Management Unit chairperson Isaiah Ochieng said the fishermen who were on a fishing boat dropped the anchor in the lake to hold their boat and in the process, the anchor suddenly became heavy making the fishermen excited as they thought they had a large catch only to later realise it was a box containing the five explosives.

Ochieng said he was alerted by the fishermen who netted the bombs and immediately informed officers from Mbita Police station.

The fishermen have raised concern over the high number of explosives that have been discovered at Litare beach in a span of three months. In August this year six mortar bombs were also discovered by fishermen at the same beach.

Mbita Sub- County Police Commander Stanely Atavachi said the bombs are in safe custody and will be detonated by experts.