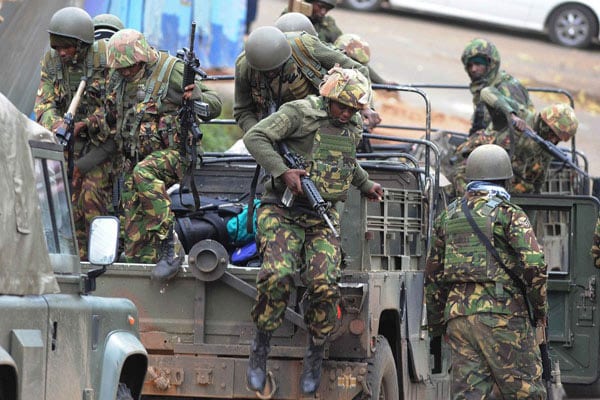 Five Kenyan soldiers are reportedly among ten people killed in an Al Shabab ambush on Sunday at Hosingo area in Somalia.

The 8pm ambush that also ended in the death of five Somali soldiers left four other Kenyan soldiers from the same infantry troop injured.

The KDF soldiers were from the 7th battalion whose headquarters are based in Lang’ata, Nairobi and one from the engineering battalion.

The troops were moving from Hosingo to Dobley when their armoured personnel carrier was struck by an improvised explosive device.

The attack is a clear indication that the Al Qaeda linked Al Shabaab terror outfit has resorted to gorilla tactics in retaliation to US airstrikes on Saturday that killed 100 militants including 20 commanders.