Five Nigerians move to court to stop their deportation 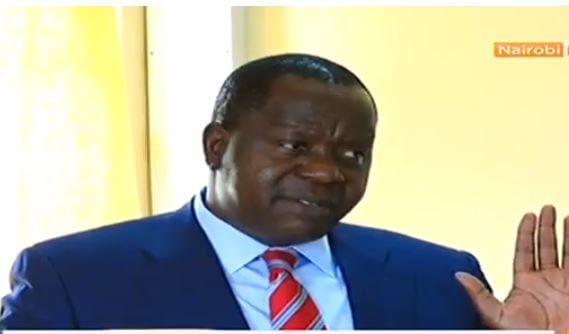 Five Nigerians have moved to court seeking to stop Interior Cabinet Secretary Fred Matiang’i’s decision declaring them as prohibited immigrants pending the determination of the case.

The five; Munirudeen Adedamola Safu, Aliu Adewale Safiu, Fatai Oshodi, Musa Odeyoyis and Oluwafemi Akinmoyero argue that they are at imminent risk of being illegally deported at any time which they say is in gross violation of their due process rights under the Constitution of Kenya and rules of natural justice.

They now want the court to bar the government from deporting them until the case they filed is heard and determined.

They argue that they have lawfully complied with all the regulations of the law and they are legal immigrants and in possession of alien IDs as well as active work permits issued by the Immigration department.

CS Matiang’i, Ministry of Interior and Coordination of National Government, Director of Immigration, Attorney General, Directorate of Criminal Investigations and Officer Commanding Station Kasarani Police Station have been named as respondents in the case.

The declaration by Matiang’i states that “In the exercise of the powers vested on me by Section 33(1) (d) of the Kenya Citizenship and Immigration Act 2011, do hereby declare that the entry or presence of the five is unlawful and they are members of a prohibited class and immigrant.