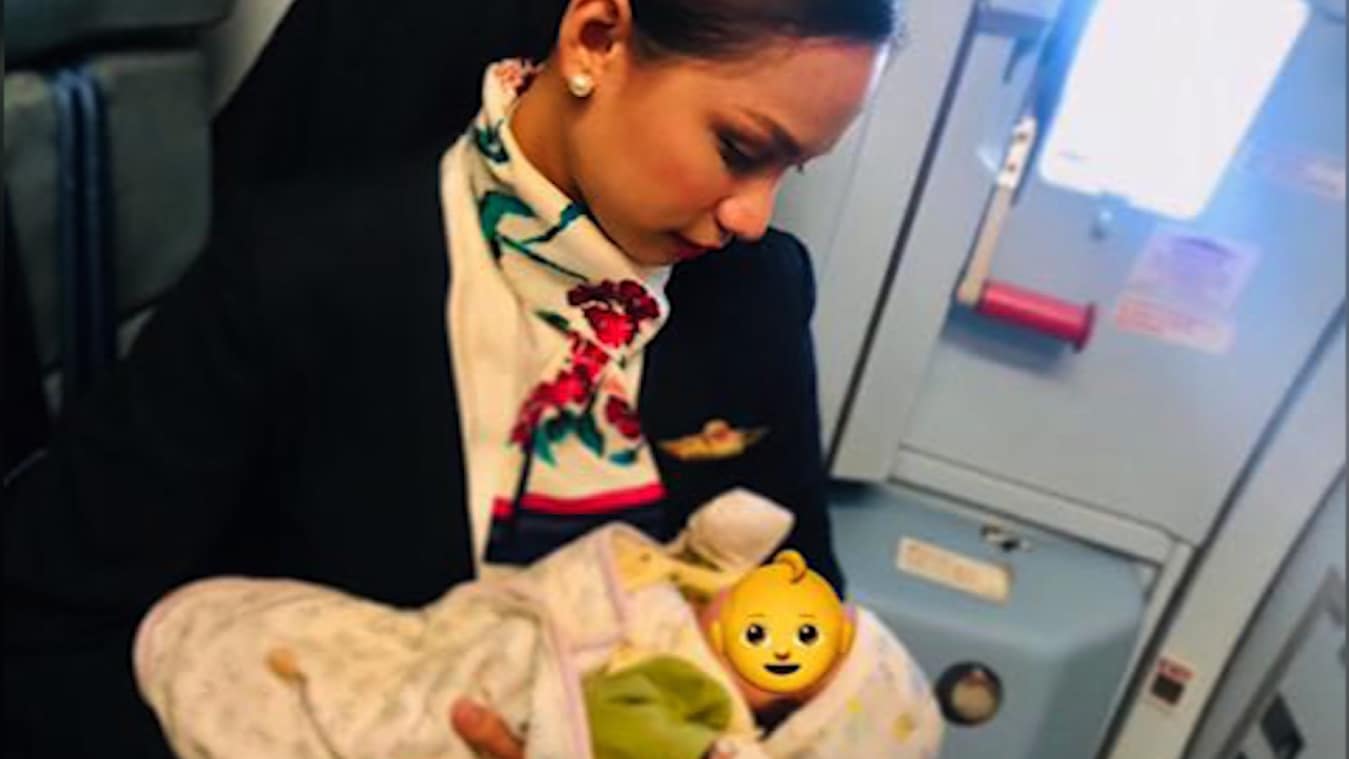 A flight attendant went the extra mile for a mother who had run out of formula to feed her baby on a domestic flight in the Philippines.

Philippine Airlines’ flight attendant Patrisha Organo heard an infant crying soon after takeoff and “approached the mother and asked if everything’s okay,” she wrote in a Facebook post, which included a picture of her holding the infant.

“Teary-eyed, she [the mother] told me that she ran out of formula milk,” Organo wrote of Tuesday’s flight.

Organo, who has a young daughter at home, said she felt a “pinch in my heart” as there was no formula on the plane.

“I thought to myself, there’s only one thing I could offer and that’s my own milk. And so I offered,” she wrote.

A colleague brought the mother to the galley “where I breastfed the baby,” Organo, who describes herself as a breastfeeding advocate, wrote.

“I saw the relief on her mother’s eyes. I continued to feed the baby until she fell asleep. I escorted her back to her seat and just before I left, the mother sincerely thanked me.”

Organo said she knew the flight was going to be significant. Not only was she qualified on that flight for the role of cabin crew evaluator but she also “got to help.”

“Thank you, Lord for the gift of mother’s milk,” she wrote.

Breastfeeding has numerous health benefits for babies. According to the US Centers for Disease Control and Prevention, it lowers the risks of some infections, Type 2 diabetes and asthma — to name but a few.

But the US Food and Drug Administration recommends checking with a doctor before feeding a baby breast milk from another mother.

Feeding a baby milk from a woman who is not the mother risks exposing the child to infectious diseases, “to chemical contaminants, such as some illegal drugs, and to a limited number of prescription drugs that might be in the human milk,” according to the FDA’s website.