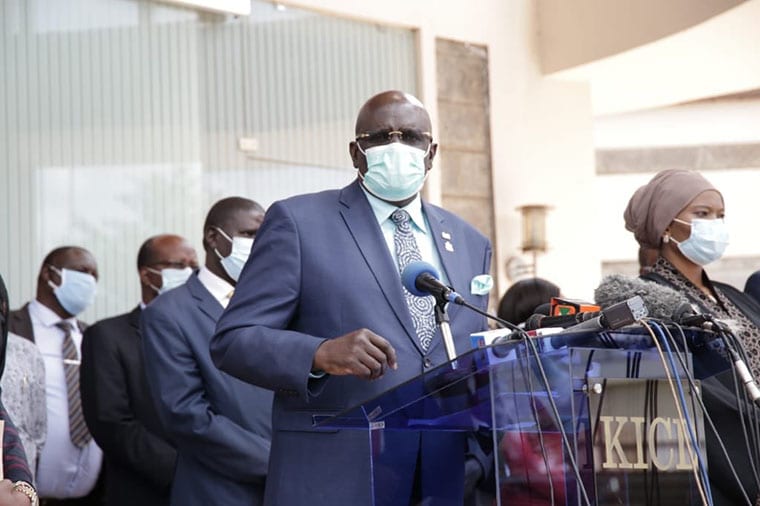 Top Ministry of Education officials are camping in Naivasha executing this year’s Form One selection ahead of release in two weeks’ time.

Unlike previous years, the ministry is grappling with an increased number of candidates against limited capacity in secondary schools while the COVID-19 pandemic has necessitated rethinking of spacing at learning institutions.

In the past, Form One selection began a few days after the release of KCPE results, but this season the assignment has been taken up a little late, more than one and a half months since the release of the results.

A team from the ministries of Education and ICT has now congregated in Naivasha to allocate the 1.18 million KCPE candidates to the different schools.

At the sub-county schools, 669,145 slots were available while a further 777 slots were at special needs education schools.

The class then was of 1,083,456 candidates; 8,000 of them not placed as they were inmates, refugees or overage candidates.

Should the January 2020 capacity remain, then 103,991 candidates could miss places in Form One.

Over the past few years, all candidates scoring 400 marks and above find places in national schools. Should the trend remain, the 8,091 candidates that scored 400 marks could secure places in the top cadre schools.

Top ten candidates in every sub-county being five boys and five girls have also been securing places in national schools of their choice.

With 335 sub-counties, at least 3,350 candidates will be offered places. A balance of 21,568 slots will remain even after the two considerations, meaning candidates that scored 300 marks and above could find places in the national schools.

Candidates that scored 300 marks and above were 290,181. If all of them join the top cadre schools, more than 100,000 learners that scored less than 300 marks could find places in at least the county schools.

A headache for the selection team faced with the litany of expectations especially of the more than 8,000 that scored 400 marks and above who expect to land not just national schools but the schools of their choice.

In the selection following KCPE 2019, it became apparent that 111,817 girls had applied to join Pangani Girls; but there were only 336 slots.

83,489 candidates had applied to join Alliance High School that had only 384 slots, while 49,727 girls had selected to join the Kenya High which had only 336 slots.

Even though the list of likely candidates reduced upon the results, the clamor for top cadre schools is immense.

To select candidates to national schools, the selection team in December 2019 considered the merit of candidates, their choices, and the capacity of respective schools.

They also considered the value of equity to ensure national schools have the face of Kenya and that all regions got a fair share in the top crème institutions.

The 100 per cent transition now in its third year may prove a hurdle for the Ministry of Education which is faced with a larger class of 1.18 million.

747,000 KCSE candidates cleared from the secondary schools in April, the schools now required to create nearly half a million new spaces.

And as schools grapple with social distancing requirements to contain the COVID-19 spread, the burden on how to safely accommodate the class of 2020 at a time expansion of infrastructure has remained minimal, is heavier.